DIECAST CURIO
First Impressions:
When it comes to the F-50 and airBaltic, in 1/400 scale, the consumer has almost no variety from which to choose if they want something from this Latvia based carrier. The only Fokker 50 mould to my knowledge is the soul property of JC Wings and has never been shared. According to most databases, there have only been 16 or so different liveries produced. As far as airBaltic is concerned, there is only this model and a Bombardier CS300 by Herpa in the new livery. This sort of obscurity mixed with rarity and a livery with some great character makes this a must have for me.

This frame in real life first flew for SAS in September of 1989 and is now resting quietly somewhere in Panama after 14 years of service with airBaltic from 1999-2013. It was sent there once airBaltic decided to move on from its F-50's in 2013 and took up Q400s. These too will be replaced in time by the new C-Series. 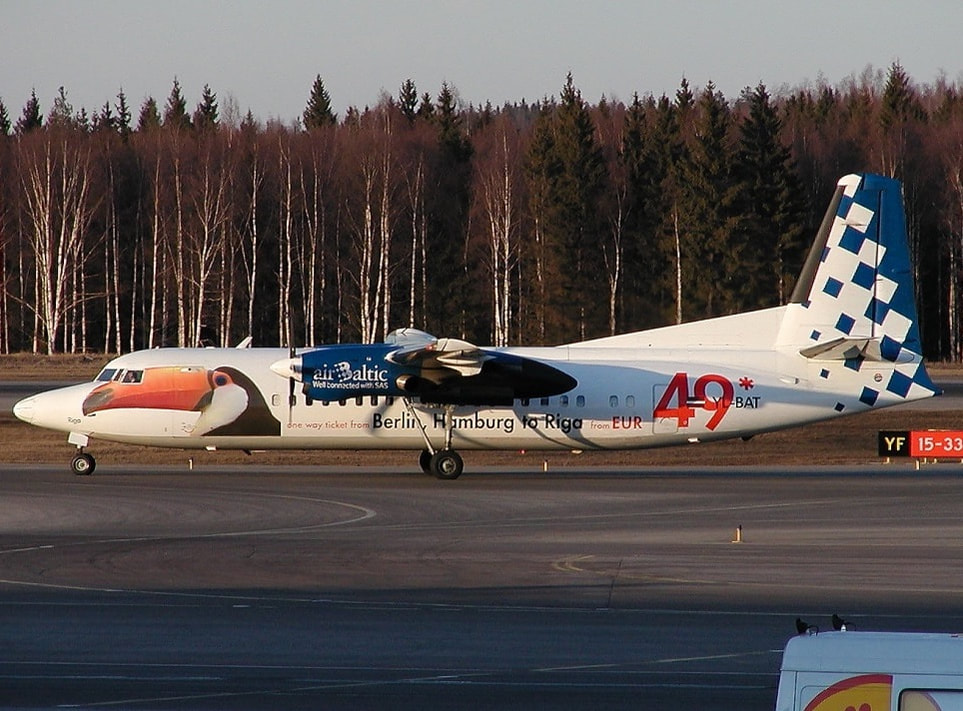 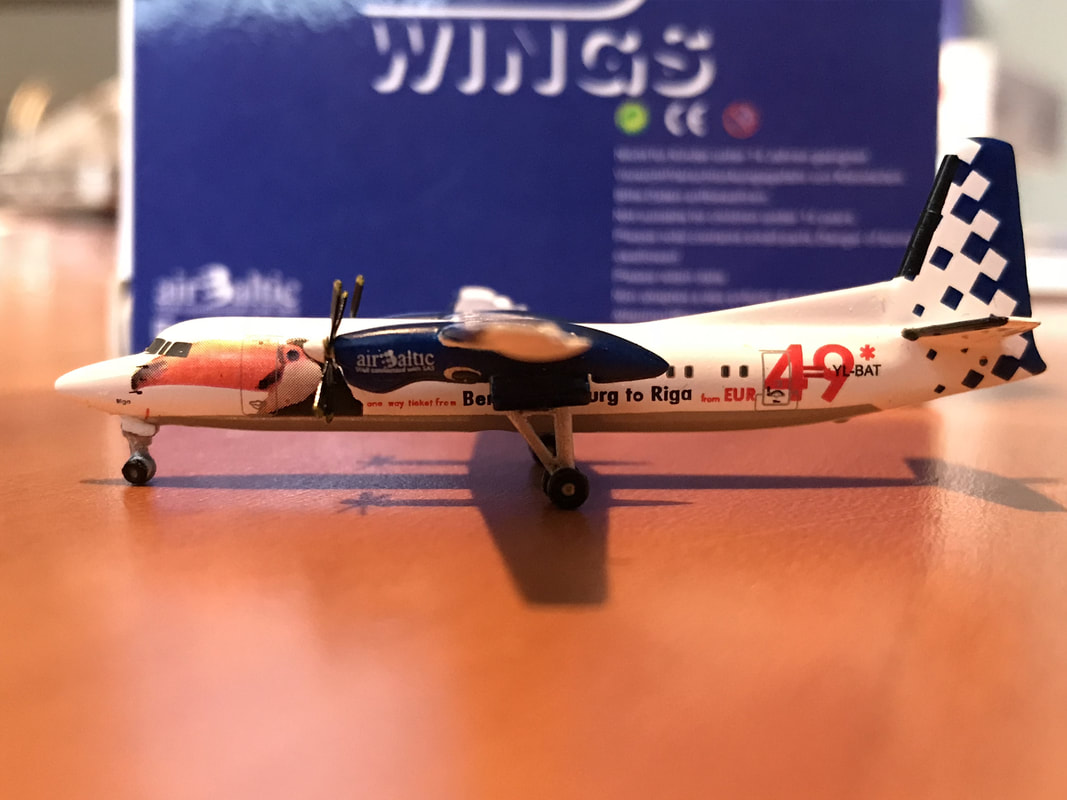 Construction:
Making these little prop-liners has to be a tricky business. Their delicate and tiny parts must take careful machining and delicate hands. To me, critiquing the build of these little models is a league of its own compared to their bigger jet liner counterparts. Even though I allow more wiggle room because of its size, the F-50 doesn't really need any excuse just because it's small. Out of the box, this airBaltic F-50 is well built. No loose propellers, wheels, gears or wings. None of the parts have disappointing bends or structural errors. The model has a little secret of its own in construction however, most of the model is one piece. The vertical stab is molded right onto the body of the aircraft. The plane may even have me fooled, when it comes to the horizontal stabs, unless I'm mistaken they are not separate pieces either. Interesting what you can get away with in this scale and what you can't. A well built model airplane. 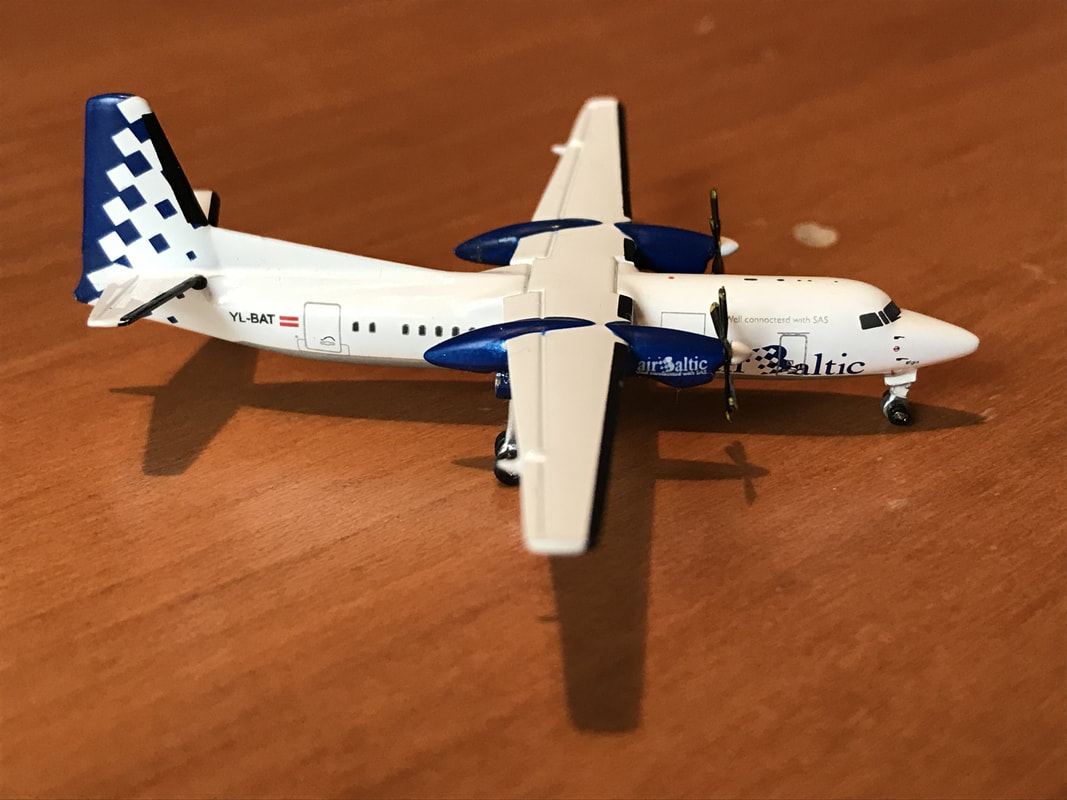 Conclusion:
It is difficult to be honestly objective on a model this small. The shortcomings however are far outnumbered by the details that make this one a keeper. Anyone who is interested in aviation in and around the Baltic states should try and find one of these and even more-so if they are a prop lover. I'm glad to say this will be in my collection a long time or at least until someone else tries to best it which I don't think will ever happen. 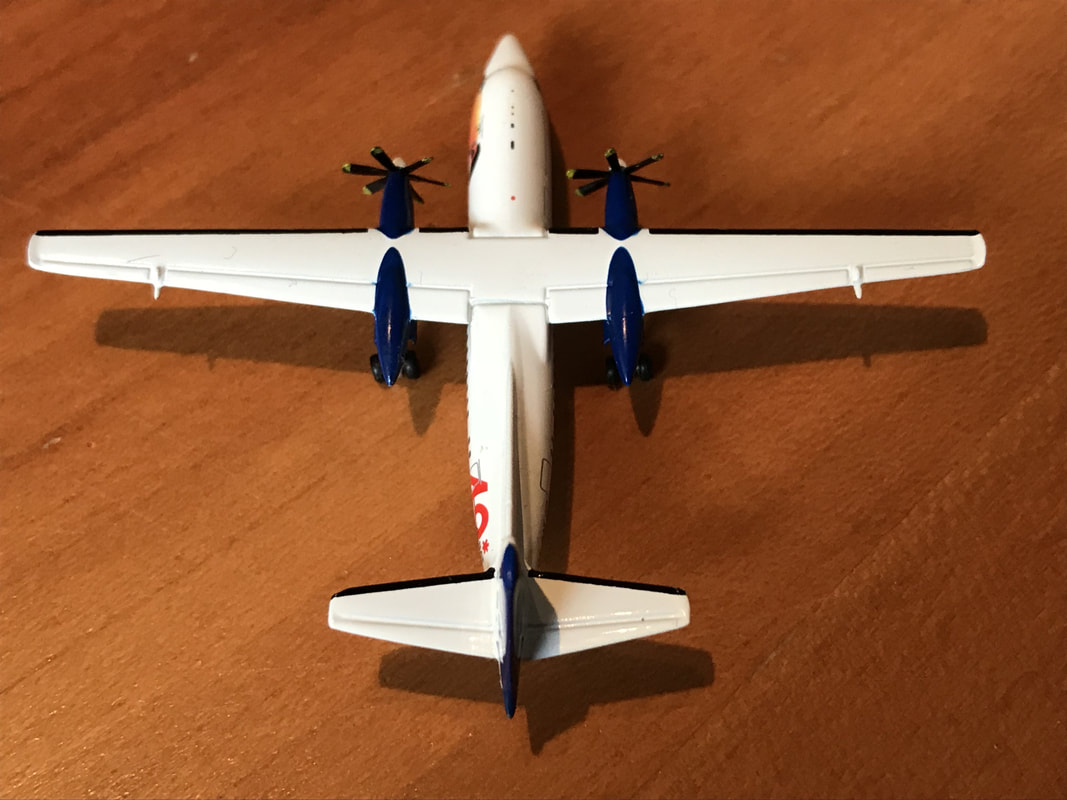