DIECAST CURIO
First Impressions:
As I work towards modernizing my Air Canada fleet, I don't think any single model is more representative than this brand new 737 Max 8 from Aeroclassics. As I've mentioned in other reviews, this is a brand new (as I write this no more than 2 month old) platform for Aeroclassics. One that Aeroclassics has so far, done nothing to improve on. You can read more about my original review here; (Hainan 737 Max 8).

The real version of this aircraft first took flight on October 2017 and entered service with Air Canada shortly after. As C-FTJV is finishing it's first year it has provided service on domestic routes and interestingly, international routs as well; primarily to LHR. Air Canada has 16 Max 8s in service with another 34 on order that will be delivered through 2024. They will presumably replace the 42 A320s in the fleet. A quarter of these 320s are scheduled to leave the fleet next year.

Out of the box, things seem ok and like the last AC 737 Max 8 I reviewed, go straight down hill. It's not all bad but there are issues with all the components I look at (construction, accuracy, paint and printing).
Construction:
This is probably the model's most successful category. Out of the cradle everything was neatly attached. Gears are properly installed, roll and are without tabs. The wings are neatly linked to the airframe body and there are no gaps. The engines sit very nicely on their cowlings and aren't visibly crooked. Problems start when reaching the satnav dome. I'd like to first note that I despise the rushed appearance of the dome. Its a freshman effort by Aeroclassics as almost none of their other models come with theses fuselage based add-ons. More on that in the aforementioned review of this mould. What's worse is that I'm pretty sure it's crooked. Finally, the vertical and horizontal stabs all look good and are fitted well.

*After a closer look, it appears on all Aeroclassics 737 Max 8s, the vertical stab does not fit the mould properly on the base of the trailing edge. See image right. 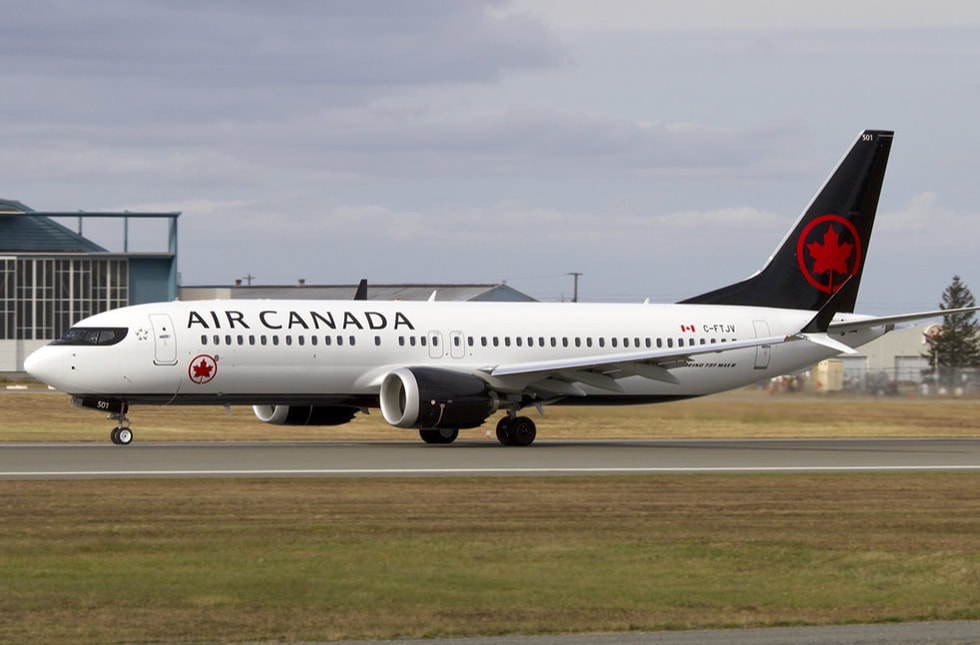 Accuracy:
While I don't at all hate the mould, the biggest issues are in its execution. The nose of the aircraft may be a bit too pointy. Pleasantly, the gear doors are very close, but still, a bit too cumbersome. The front gear is ok, and the fuselage carries on nicely after the cockpit. The wheel on the front gear is too small and should be white.

The wing shape is a strength. They are properly in proportion and a well joined. Problems here start with shape of the engine. The cowling does not seem to swoop downward properly as it runs back to the pylon. Also, the metallic leading edge of the turbine inlet is not nearly thick enough and does not extend to the inner edge.

I will again give myself space to complain about the satnav dome. It's ugly, off center, not proportionate and clearly shows Aeroclassics playing in very unfamiliar territory. Thankfully this all metal built model has very nice horizontal and vertical stabs that look very sharp and keep this thing off the junk heap. They however can't over compensate from poor execution and the printing and paint accuracy is the worst of all. 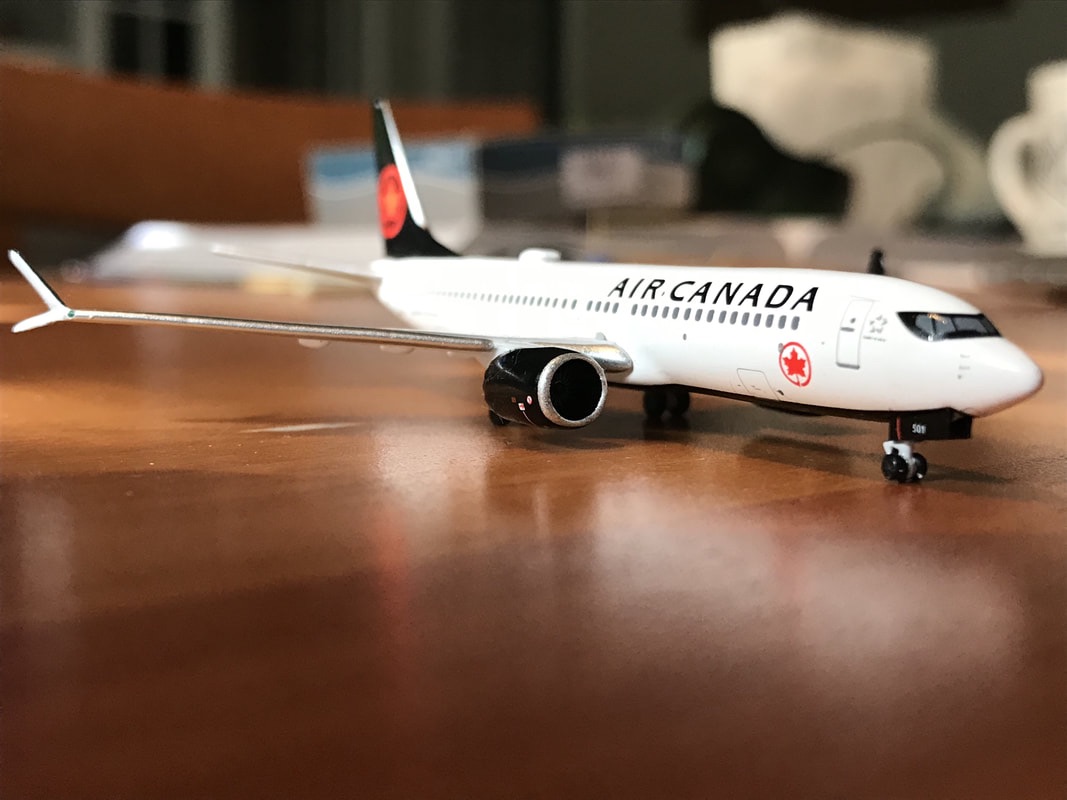 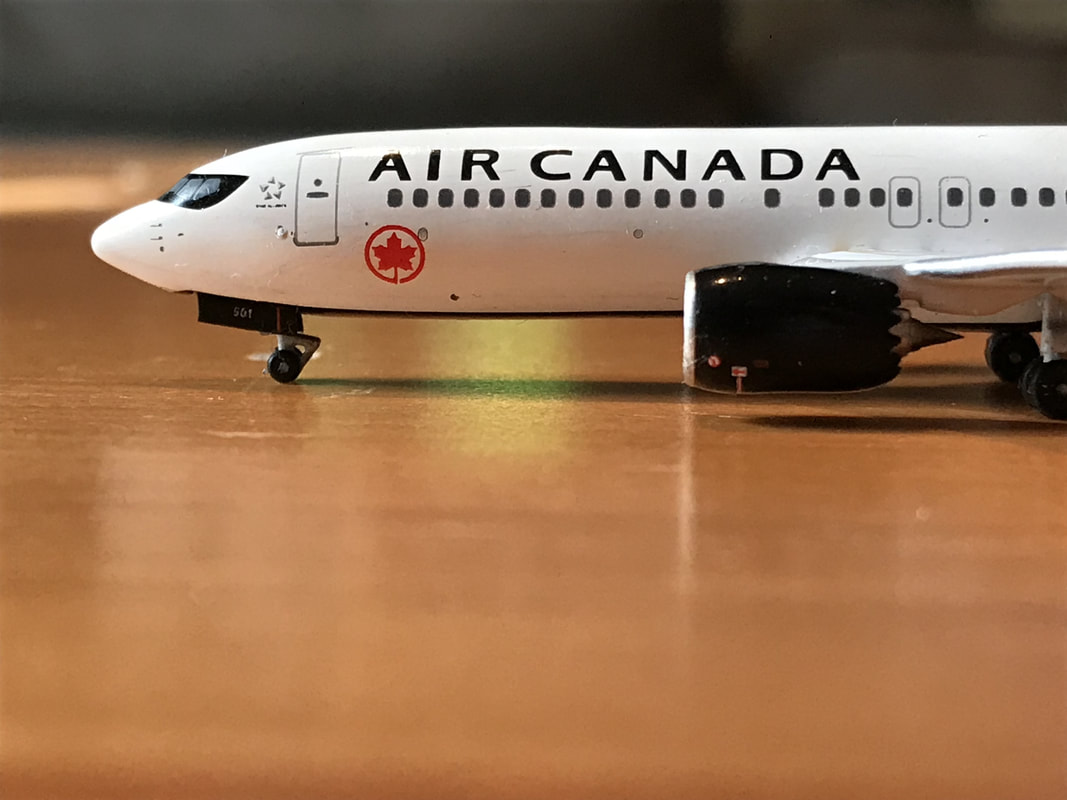 Paint and Printing:
I honestly don't know where to start. If you refer to the earlier comparison photos between the real thing and the model you'll notice that the split scimitar, in the upper section is clearly black. It's always been black on the aircraft and this is a miss. Next up while comparing the two is the black baseline along the belly. It is not nearly thick enough and doesn't come up the fuselage far enough. Also, the black strip that surrounds the cockpit windows is just wrong. It should be perfectly horizontal across the bottom but curves down and rounds back up again at the end. It also should extend farther down the nose.

The red maple leaf by the front left door (which also has a small chip next to it) is too light. The "Air Canada" font is a hair too thick and the base coat looks lazily applied and goes from a glossy look at the front to a flat look at the back.

​The Canadian flag, registration, and Boeing titles all look pretty good. The tail cone however is not painted correctly and looks much smaller on the model than it should. Credit where its due, the main maple leaf on the tail is very close to perfect. While all these details on their own are bearable, put together, it's just sloppy. 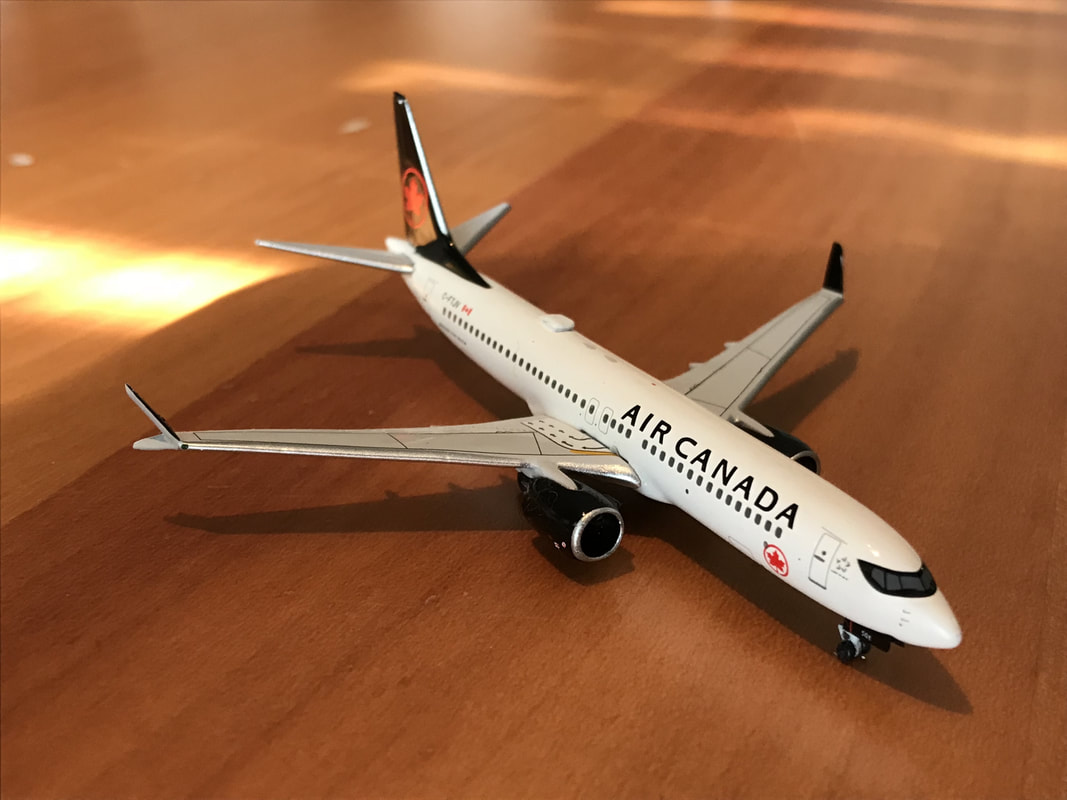 Conclusion:
Just like the Hainan 737 Max 8, there is just too much that's not done well to give this model any real praise. After being used two months in a row to mess up a small collection of great looking airplanes in favor of a cash grab I wish this mould just went away for a while until the staff at Aeroclassics figures out all these irritating mistakes. There is some potential here, but we're quite a way out. One final note, I'll share a comparison with GJ's much neater (not perfect) mould.
​ 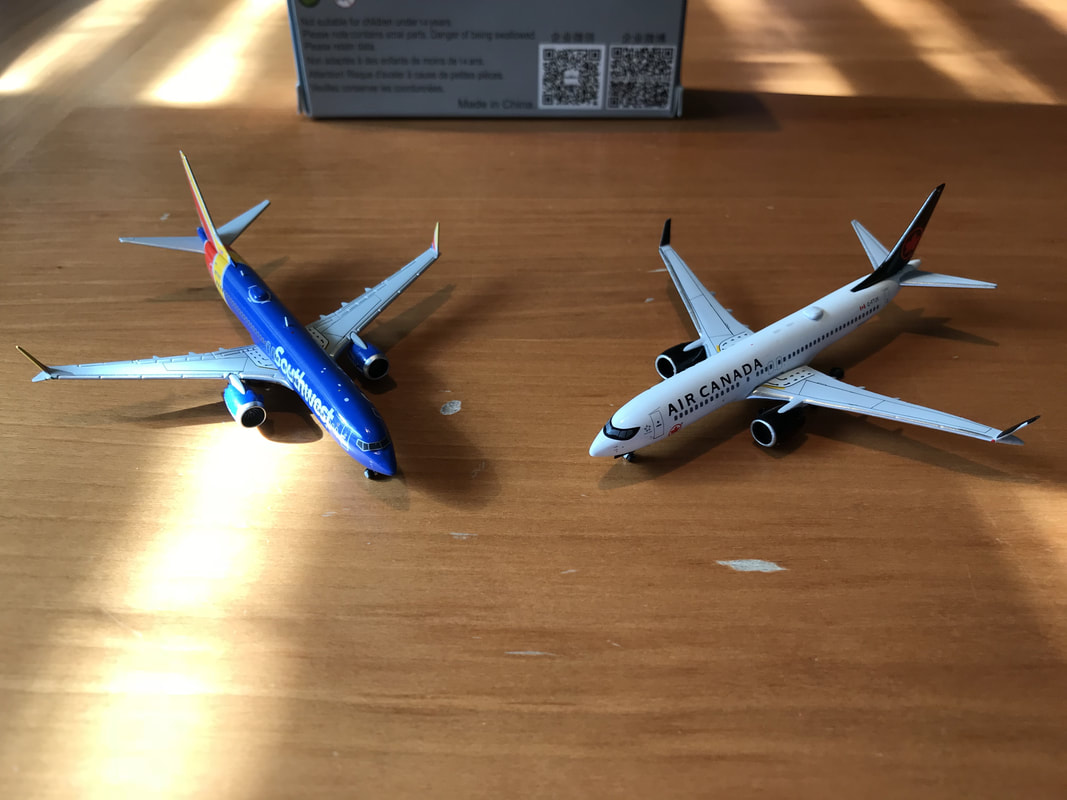