DIECAST CURIO
First Impressions:
The choice to purchase this model stems from my late interest in the Aeroclassics 321 platform. As a collector of 1/400 model aircraft since 2008. As the prices for 1/400 models today continue to rise, the fun in collecting for me often isn't driven by a strict criteria in airlines or aircraft, but in the ability to find both modern and classic aircraft at sneaky good prices. The new livery looks both new and old, to me which is in my opinion, exactly what the goal of the design team was. This new livery from Air Canada is the latest corporate rebrand and its emphasis is well captured in this replica.
Construction:
The aircraft came out of the cradle in neat and clean condition. No loose gear, stabs, etc. The aircraft feels sold and well assembled. Sadly, it feels as though you get something extra now a-days when the aircraft is properly glued together. 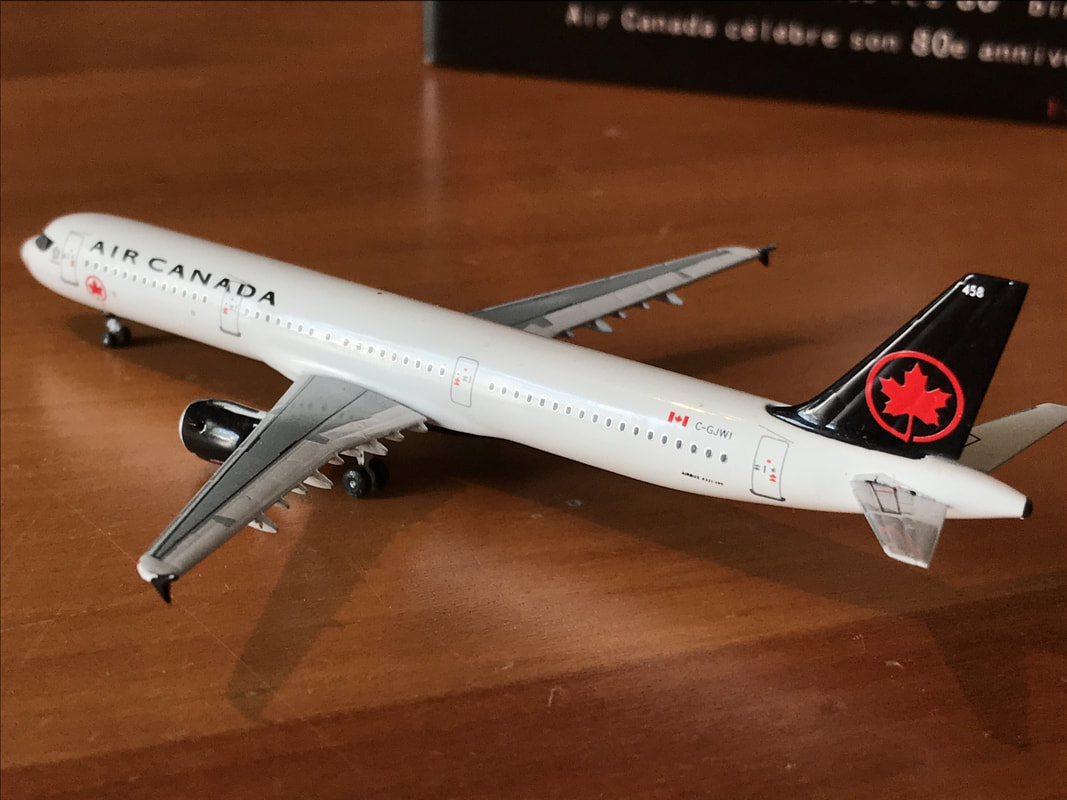 Accuracy:
I truly enjoy different things about each of the offerings from the various model builders in the 1/400 scale. Most will agree that while the Aeroclassics platform is missing the add-ons that others have, it truly has the most accurate shape of the body of the aircraft. From nose to tail cone, Aeroclassics knows what it has here as they continue to hammer out A320-series liveries, month after month.

Another point to Aeroclassics favor is the proper wings are fitted. Others have failed to realize that the wing set used on the A321 is different than it's shorter siblings.

Engines and joints are good and properly fitted. No appearances of beyond reasonable bending of wings, gears, or stabs are visible. No paint chips, tire tabs, paint bubbles or other defects.
Conclusion:
This was never going to be a ground breaking model, just another number in a line of hundreds of 320 series models. It's an average model and a representation of the model industry keeping up with the airlines. It is however a nice stand alone aircraft and as I will probably fleet build on this new AC scheme, a good starting piece. 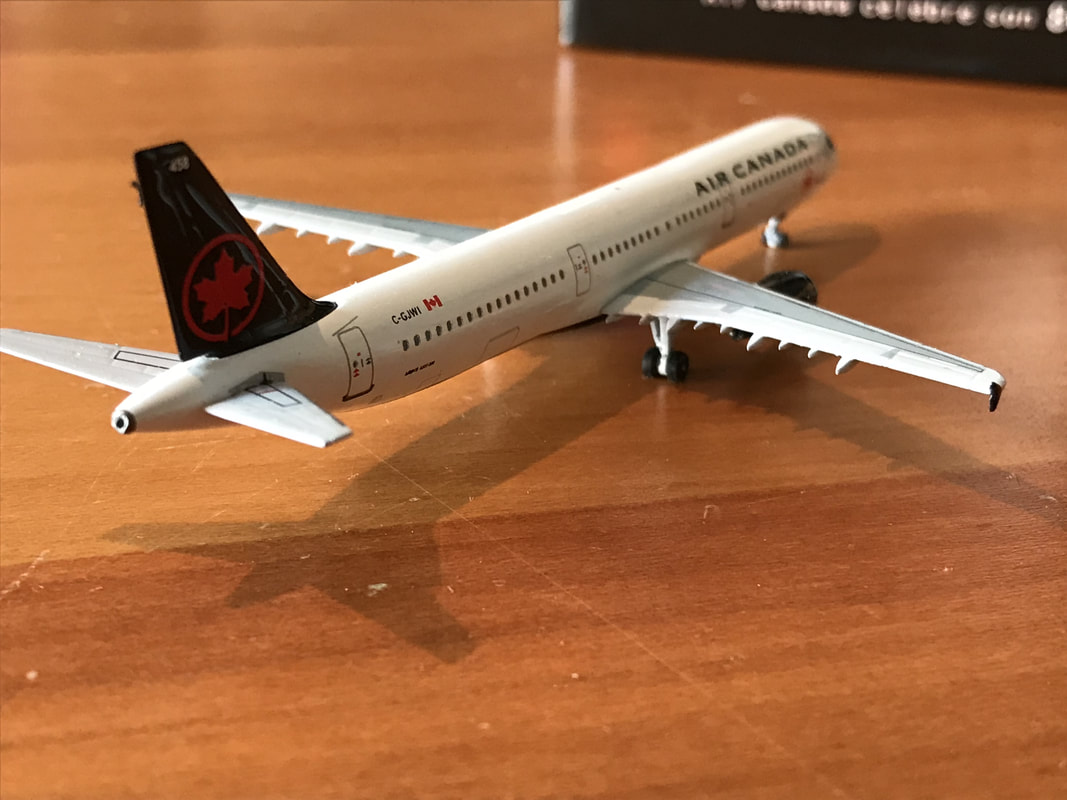