DIECAST CURIO
First Impressions:
I have been to Africa once. There are no words that I know of that could accurately describe the culture, the history and the life there. Many people who haven't been shy away collecting aircraft that come from that part of the world. I'm not one of those people. While most of my collection comes from other places, I still keep what I'd consider a respectable amount of classic and current aircraft from this continent. When I saw this model was available, the giraffe on the tail sealed the deal. I really appreciate when an airline uses its own culture beyond just carrying a flag as a logo on the tail.
Construction:
The number of classic 737s I've purchased that are made by Aeroclassics is few in number. Normally when searching out sub 737-700 series aircraft, I tend to lean JC/Gemini. However, according to my research, this is the only platform available that has this livery.

The aircraft arrived in great condition from the retailer. The box was nicely wrapped and the cradle in perfect condition. Upon opening, the model airplane was fully assembled and glued together completely. 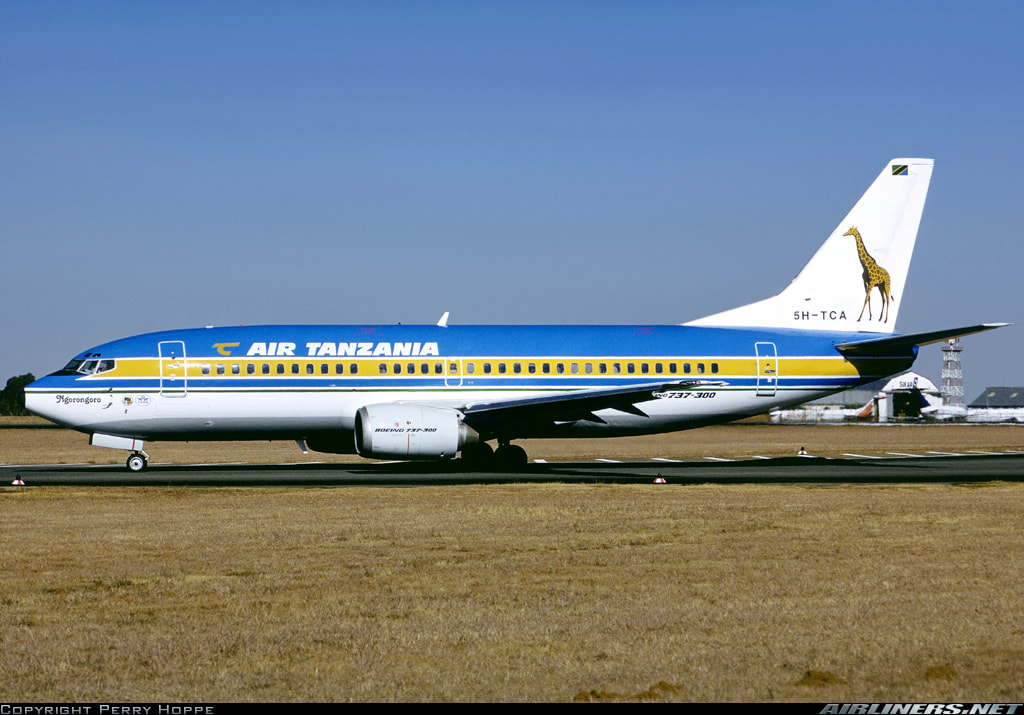 Photograph credit to Perry Hoppe
Accuracy:
For the most part, I'm very pleased with the accuracy of this model. Both the blue and the gold had to be done perfectly in order for this to be successful. Feel free to debate, but I think it was very nicely done.  The subtle gray on the belly, airline logo, giraffe on the tail and anti glare paint are well done.

Two points of contention that with my untrained eye I was able to find. The yellow, "school bus" like paint ends under the cockpit window ends in a sharp downward angle. On the right side of the model the yellow line end in an upward angle. Also, the yellow line is supposed to end before the base of the stabilizers and on the model, the stabilizers and yellow chatline meet. 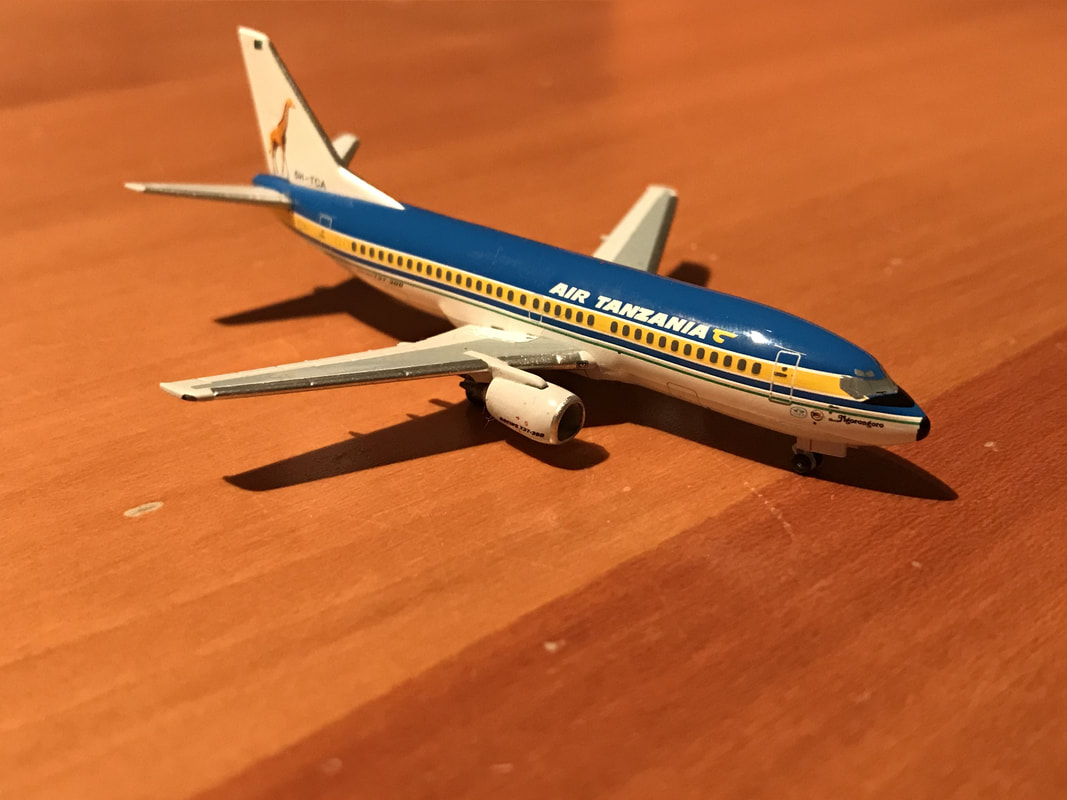 Conclusion:
The selling point is easily the giraffe, and the deep blue that draws the eye. I don't love the over-all look and design of the model but it is no doubt a 737. There are a few issues here and there but nothing that really offends.

I am looking forward to hunting down the four other 1/400 scale aircraft that wear this scheme from Air Tanzania. I'm also going to be patient in waiting for releases from Air Tanzania's modern and updated fleet. 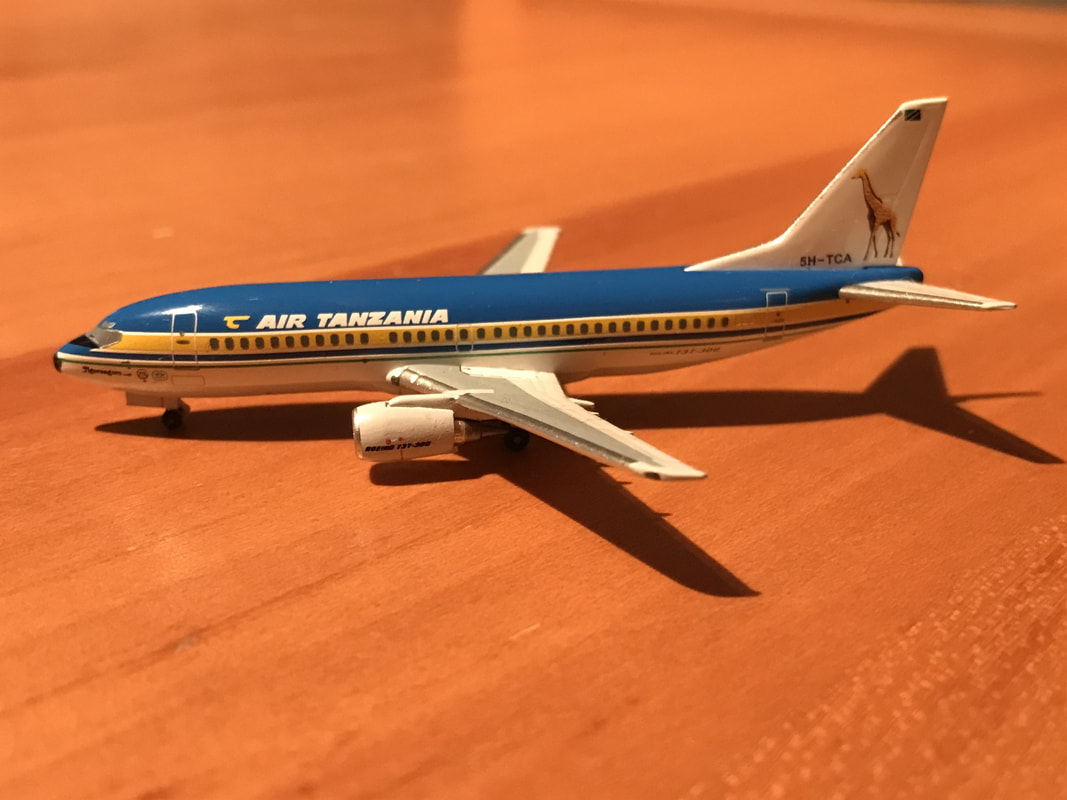