DIECAST CURIO
​First Impressions:
It is never usually good thing when an airline goes away. The market becomes more consolidated. There's less diversity at airport terminals, and usually customers have fewer choices when they fly and with whom they fly. Not long ago, I never would have believed that the Virgin America brand would ever exist as anything other than its own. Just like that, everything changed for the company when it was integrated into Alaska Airlines in early to mid 2018. Many model aircraft collectors such as myself are usually very curious to see what will happen when one airline acquires another. Especially when the airline being acquired or integrated uses different types of aircraft. N95VA is a good example of what can happen.

Comparatively, this acquisition happened quickly. A by-product of this fast merger is the subject of this content. N95VA, line number 7999 was first in the air on 11/28/17. This aircraft is obviously brand new by today's standards and was welcomed home to its new fleet by being given a unique color scheme. It was also assigned to a route that it would have flown anyway no matter the company that ended up with the rights to the aircraft (Newark-LAX).
Construction:
As with almost every Aeroclassics model, this one is of all metal construction in its main components with plastic being the next most common construction material followed by epoxy and rubber. Out of the box happily all pieces were in their proper place and the model was sturdily assembled.

The accuracy of assembly is pretty good. I don't mind the inserted wing design of these baby bus models but I can usually count on one out of every three pulls having one wing not quite lined up properly with the fuselage slot. This improper fitting usually results in some kind of unsightly wing gap. This is certainly another area for improvement.

All minor components, the tail, elevators, gears, engines, and tire are all well constructed and properly fixed to together. I do hate how flimsy the engine struts and cowlings feel and bend when stress is applied!

From this point however, things go bad. This overall model falls short in several categories and the first flaw is a casting flaw (I'd guess). Upon close inspection and photography, there is a sizable dent on the fuselage just above the cockpit windows. This should have been noticed before paint was applied. A sloppy oversight on an almost $40 model.
Accuracy:
Aside from the dent in the fuselage, the physical accuracy of this model is very good. The "baby bus" line has received a lot of praise across collectors world-wide and for good reason. However there are inaccuracies to be found.

A lazy decision was made on the wings to simply use the same mold that is used on the 319 and the 320. Anyone who spends time studying these aircraft should know a different wing is installed on the 321 and this should carry over to the 1/400.

There is still work to be done on this mold regarding the placement of the front gear stand, I believe it is too far back on the fuselage and should almost line up with the door. Although this is treading on the "paint and printing" category, I don't think it's too much to ask for in 2018 for turbine fan blades to be painted a more accurate color.
Paint and Printing:
Using the picture above of the port side engine as a reference point and starting point, the painting and printing on this model are it's biggest failures. I'll follow that by saying there's a good chance that the flaws here are just a one-off and that your copy may be in much better shape than mine. 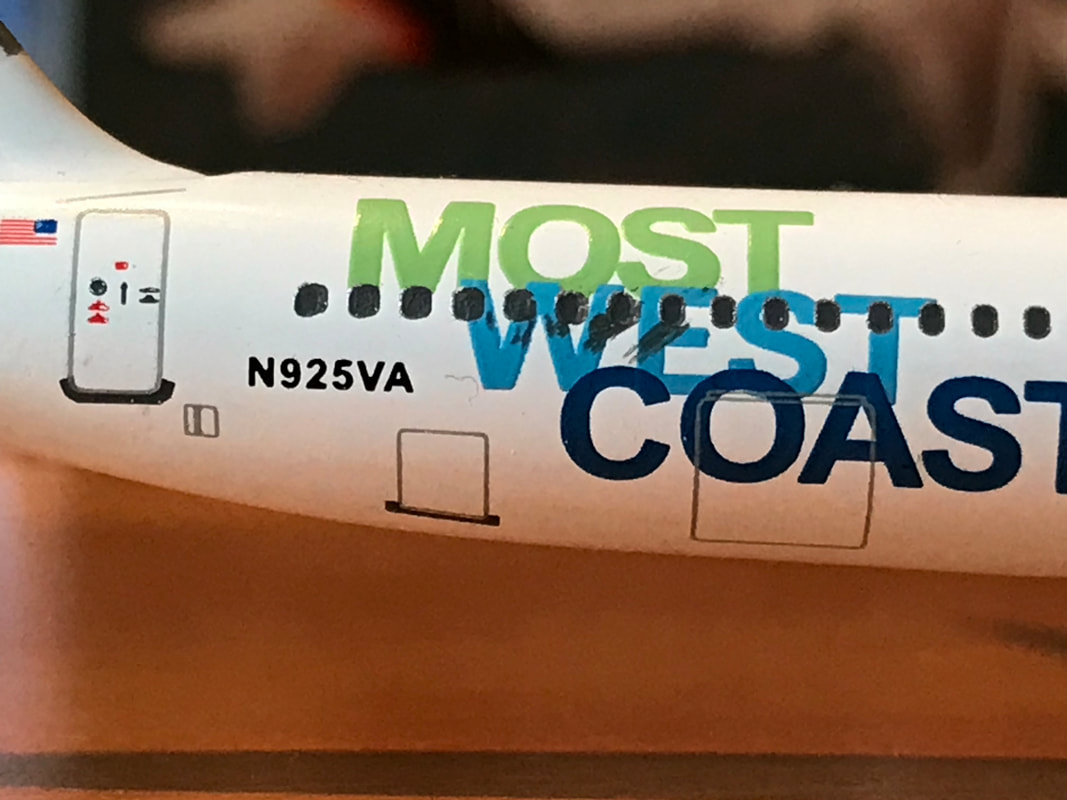 I own over 350 model aircraft, and I have NEVER seen this kind of sloppiness on windows.
The biggest tragedy is that on a very simple model, there are astounding problems. Just like the 1:1 version of this aircraft, the model is JUST as rushed. It's too bad because I enjoy the new colors the airline is using to promote its brand. There are so many possibilities and they ended with this. Somewhere out there is a graphic artist who got paid way too much money to come up with something this bland.

If there is one bright spot, besides the amount of light that bounces off the glaringly naked vertical stab, it's the color match. The colors on the model are very close to spot on and the green and indigo must have been very tricky to get just right. 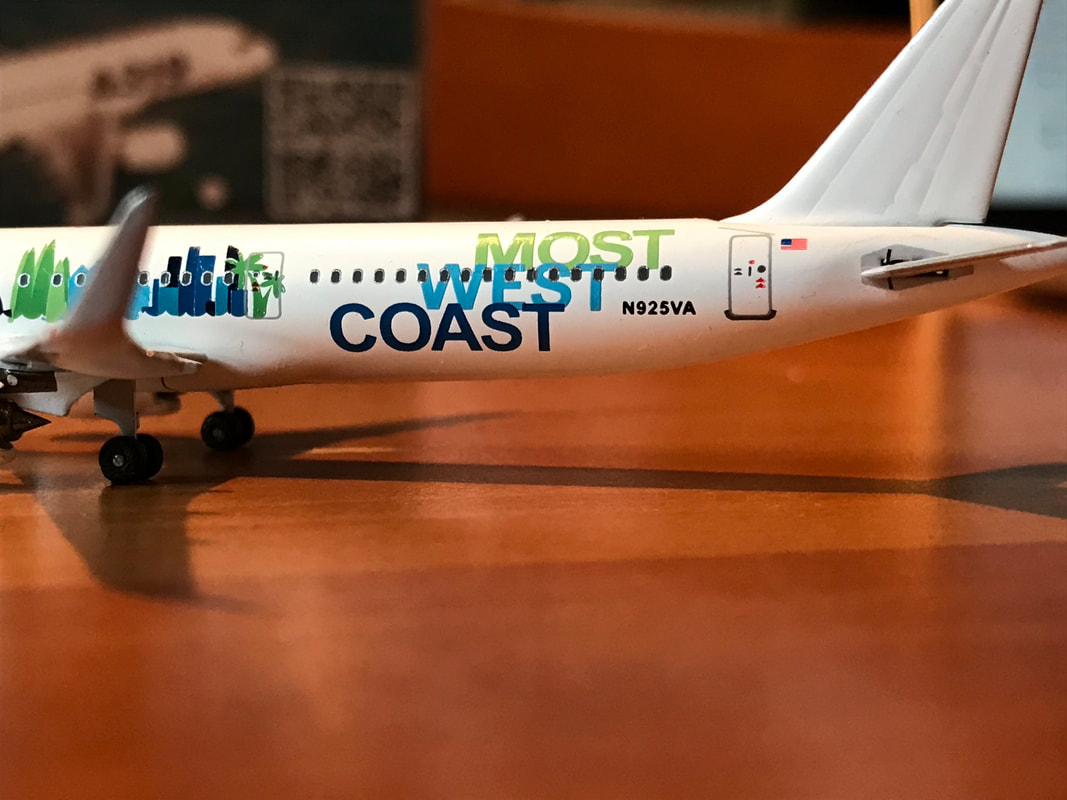 Conclusion:
I have really enjoyed much of what Aeroclassics has put out in 2018. In fact I have quite a few offerings lined up to add to my encyclopedia that are far stronger. This however was not one that should have ever made it off the line, not the model, and not the paint scheme on the 1:1. When reviewing some of the other things both Aeroclassics and Alaska Airlines have been coming out with, this falls flat. N925VA will remain in my collection only as a piece to bolster the strength of my fleet. 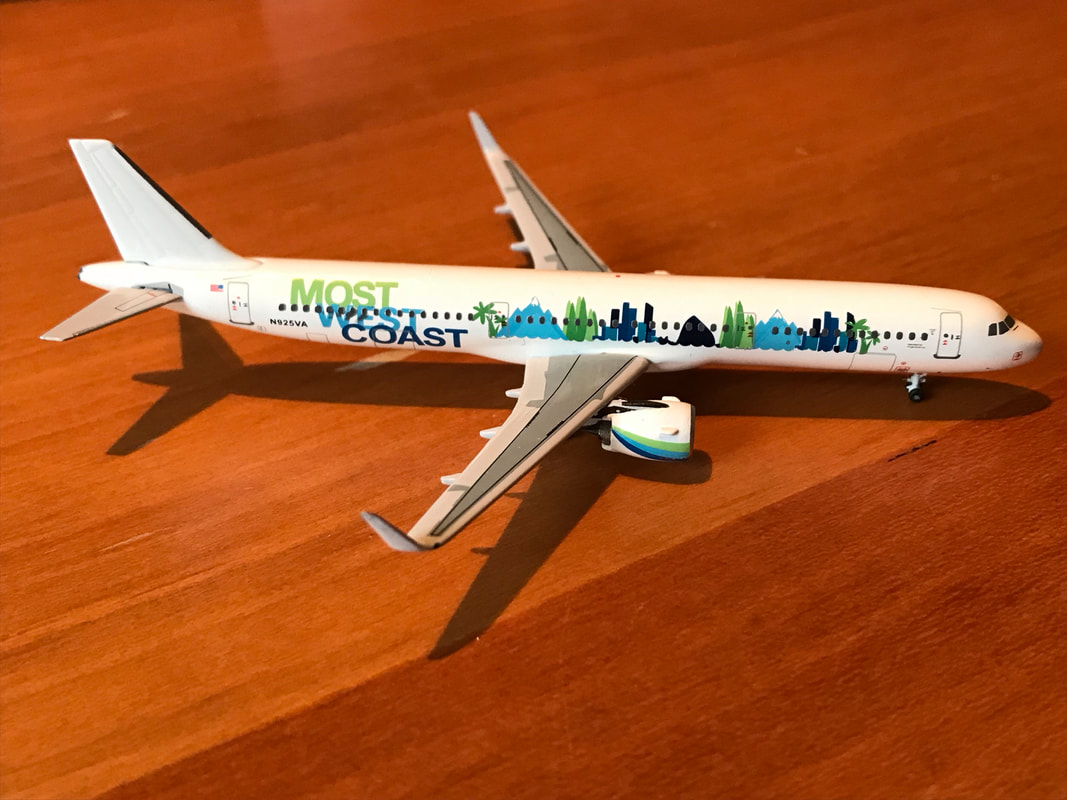