DIECAST CURIO
First Impressions:
I would really like to know how effective the JC Wings business model is. As most mainline model aircraft builders at least adhere to monthly releases, JC Wings does what it wants, when it wants in the year 2018. Interestingly, JC Wings does pre-orders, but when your order will arrive is a fantastic mystery. I took a gamble on this model that there would be a few in stock after the pre-ordered pieces had been processed. I lucked out. I actually also was able to get a copy of her sister, B-18901. These are my first China Airlines models and over all, I'm pleased.

This ship was first flown June 30th, 2017 and delivered to China Airlines a month later. Since it has joined the fleet, she's been assigned to several European routes namely Austria, the UK, and the Netherlands. B-18908 has also provided service to Japan, Australia, Malaysia, and New Zealand. It is one of 12 A350s serving China Airlines.

What some may not know, is that China Airlines is actually based in Taiwan. The role Taiwan plays in the region and its geopolitical climate is interesting as well. China Airlines has used this livery featuring the plum blossom since 1995. It replaced a livery that featured a deconstructed version of the flag of Taiwan. This change reflects in my opinion the easing of tensions between the two governments that are technically still at war. This cross strait relationship has long played a role in this airline's history.
Construction:
Inspection of the aircraft and how well it is put together is the first step when trying to grasp how good a model really is. JC Wings' quality lately has been pretty good. Out of the box, this A350 is in great shape. All the things that can go wrong, are right. Rolling gears are properly installed. All exterior antenna are straight and firmly fastened. Wings and stabilizers are nice and neat. The sister model was just as well constructed so I can safely encourage you to pick up it up if you are interested. 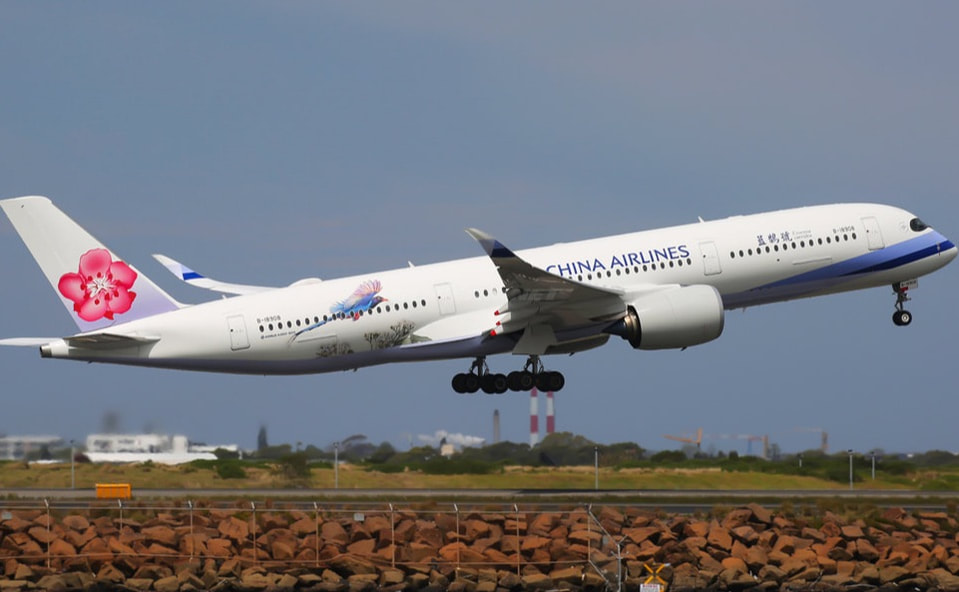 Photograph Credit: Mark Harris
Accuracy:
There is a lot to like about this new Airbus. There is equally a lot to like about the model. Its recreation in 1/400 scale has been done very well on this new JC Wings mould. The only A350s I currently own are from either Gemini or JC Wings and they both use the same mould. As such, there are in many cases competing versions from other manufacturers but I have not had the chance to compare them side by side. To the real thing however, there are many points to compare. To begin, lets look at the top.
Paint and Printing:
My overall greatest concern arrives in this category. The build and accuracy of the model is so impressive but the way the printing was done on the cockpit windows is such a let down. From the side it's hard to find anything wrong with the front of the plane, but head on the printing is all kinds of crooked.
There are things to be happy about. "Urocissa caerulea" is nicely printed on the fuselage. This is the genus and species of the Taiwan blue magpie. A picture of this very beautiful bird is also printed on the side of the aircraft. I think I like the one on the model better!
I think that the color of the plum blossom on the tail could stand to be a little richer and darker in color.
Conclusion:
While the physical construction and over all quality of this China Airlines 1/400 scale A350 is good, the flaws in printing, especially on the cockpit windows somewhat ruins things. If they could print cockpit windows properly on planes back in 2005, there's no reason they can't in 2018. 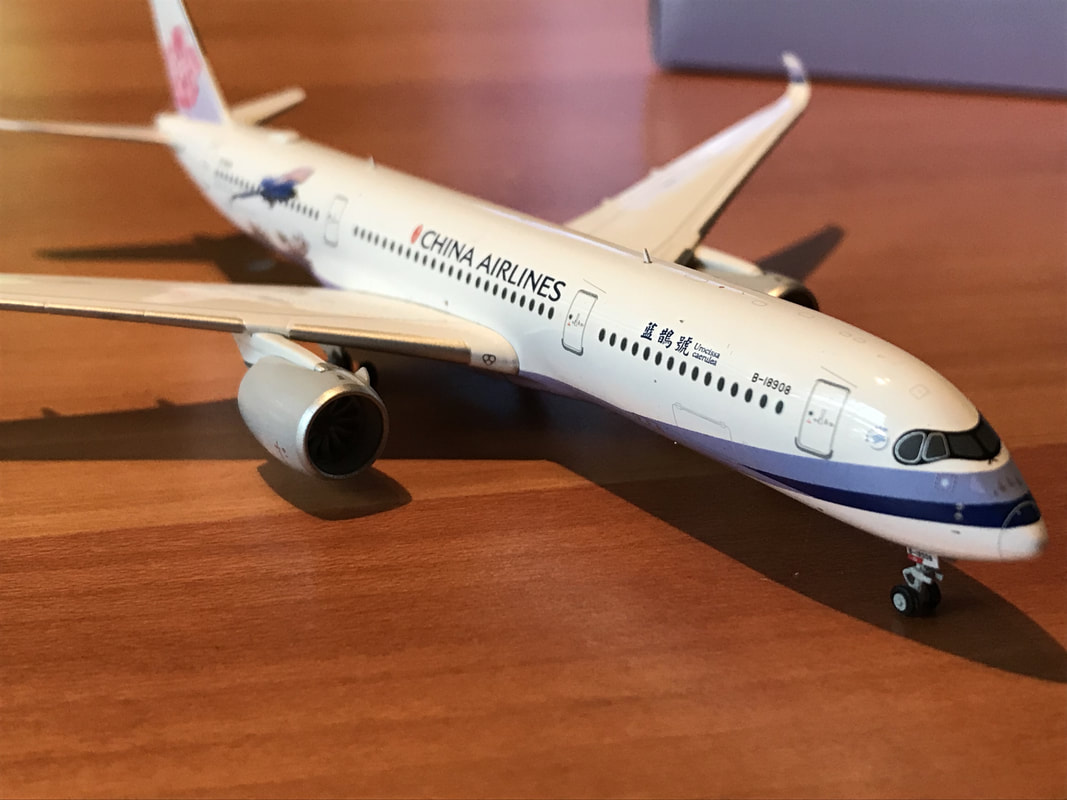