DIECAST CURIO
​First Impressions:
Its bit challenging to keep up with the ever changing and evolving 737. Just when I've caught up, Boeing builds a new more efficient version of one of it's most recognizable brands. This is the 20th aircraft for 8-year-old Hebei Airlines. The airline is actually the by-product a re-brand of Northeast Airlines. This is one of 6 available 1/400 Hebei models available, the other from JC wears this livery minus the "Enjoy Hebei" titles. The other 4 come from Panda, two in the old livery, and two mirroring the two available from JC.

From the side, the airplane seems a little bland. It's not until you hold it a little closer that the detail and unique design becomes apparent. Over all there are quite a few things to discuss. 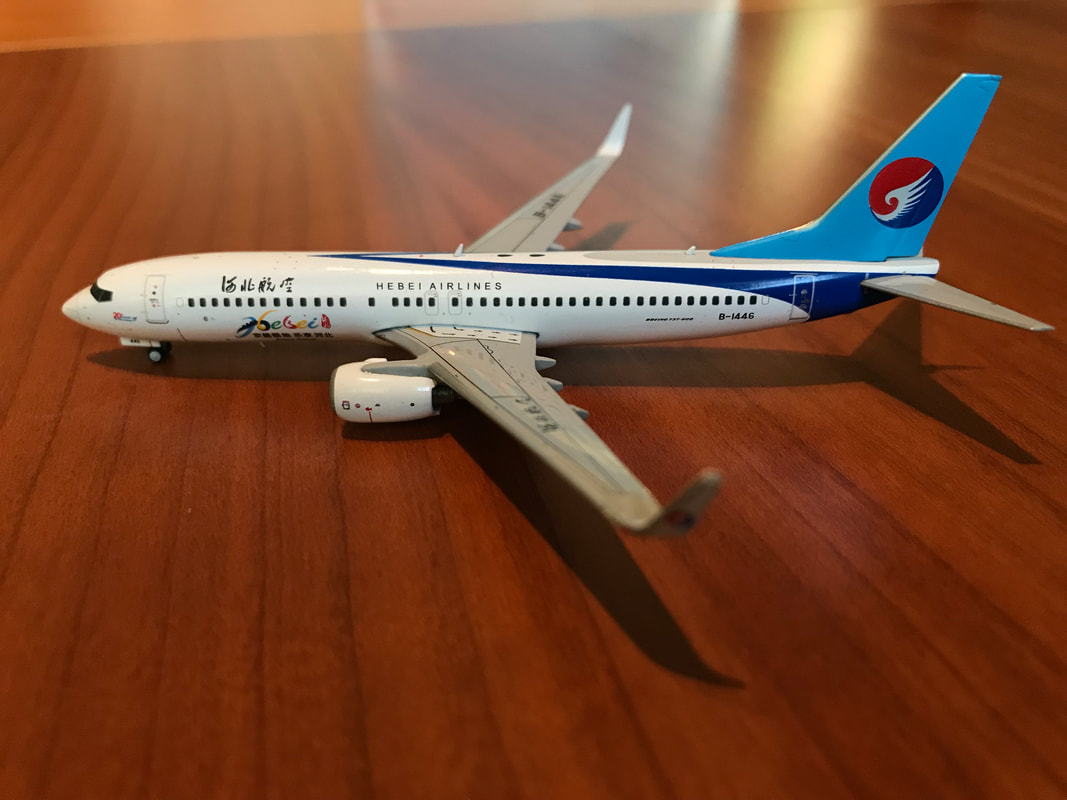 Construction:
It's my opinion, that the standard in this scale is centered on model construction being (with the exception of gears and the like) 100% diecast. I still remember back as a new collector, when I pulled a Herpa 737 out of its cradle and feeling the plastic wings. It felt like I'd been cheated after already having a number of Gemini models. I must be wounded still from that experience. As both JC and Gemini have been playing around with plastic wings lately I was really disappointed when I found this pretty plane was another casualty.

On the other hand, I can't deny that the plastic parts allow for sharpness and printing that just can't be matched with diecast, it just doesn't feel that same. But, credit where credit is due, every part of this plane is put together perfectly. It is easily the most balanced model I've had in a while. All gears, stabs, tires, antenna and engine pieces are precisely constructed. It forces me to love it, even though I don't want to. 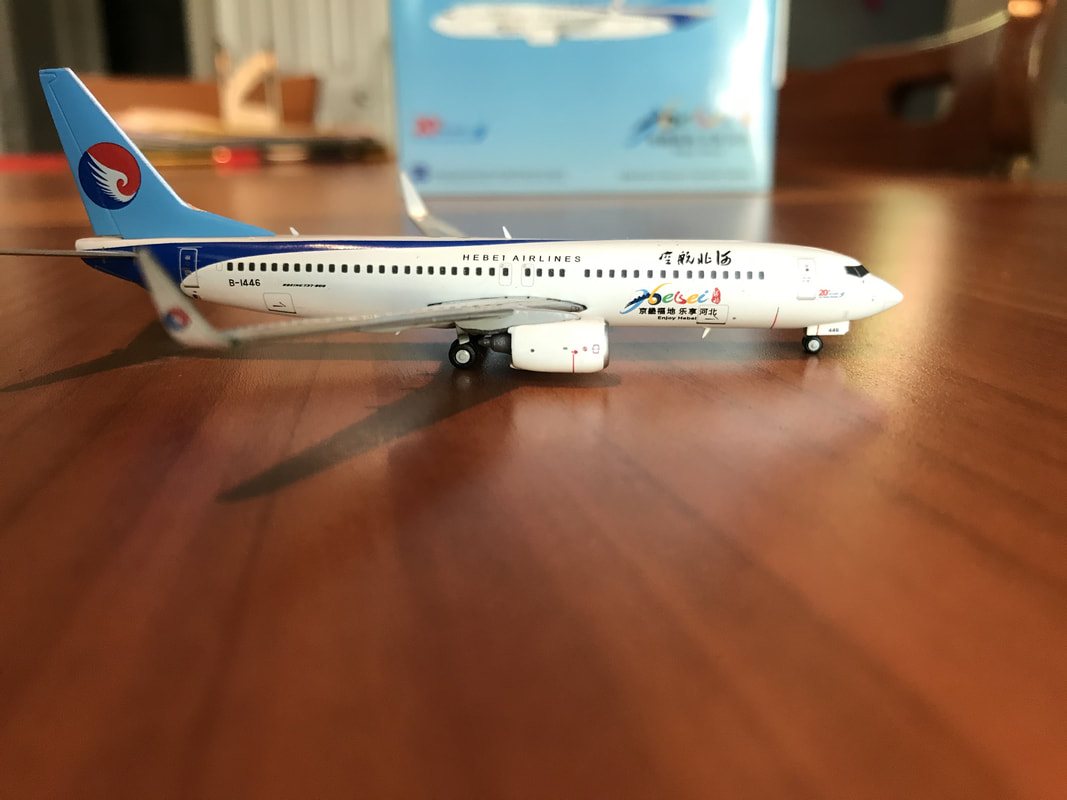 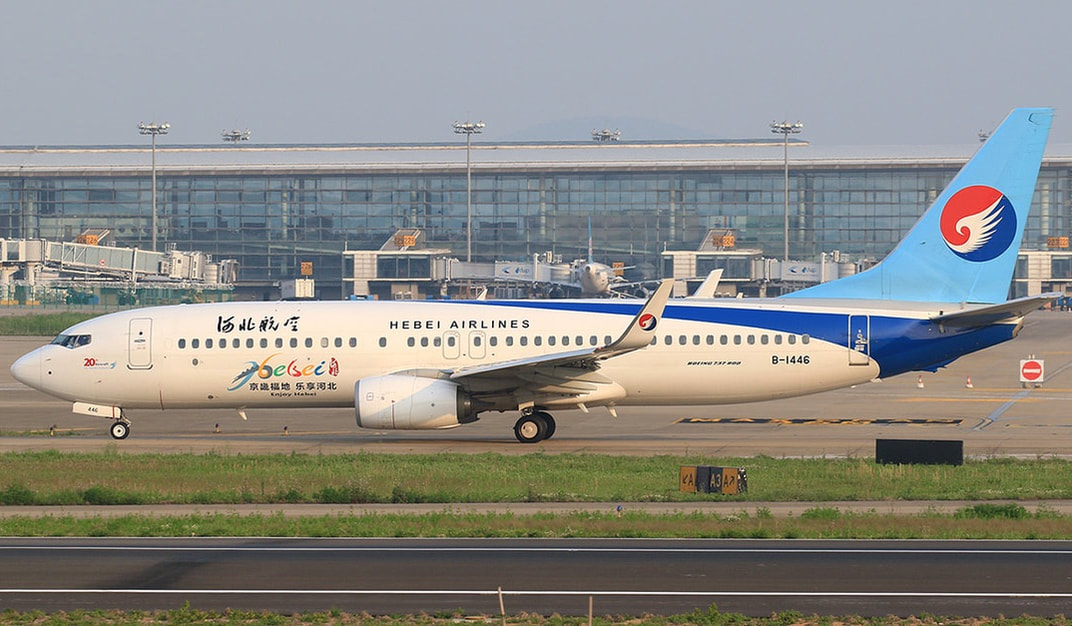 Photograph Credit to Qiao Zheng
Accuracy:
In being true to the original, the JC mold hits the mark better than anyone right now. Maybe it's just the precision trim of some of the plastic parts, but at just about every angle, this model is darn close to perfect. The winglets, engines, stabs, are all very good. The front gear bay doors are the wrong shape. They should angle up-ward at the front and on the model, they do not. The biggest triumph are the landing gear. Shockingly close to the real thing and very well made.

A small flaw in the left (plastic) wing, there is some warping/bending of the plastic (shown below). Interestingly, the thing that makes it great is also reinforcing my opinion that diecast wings are best. 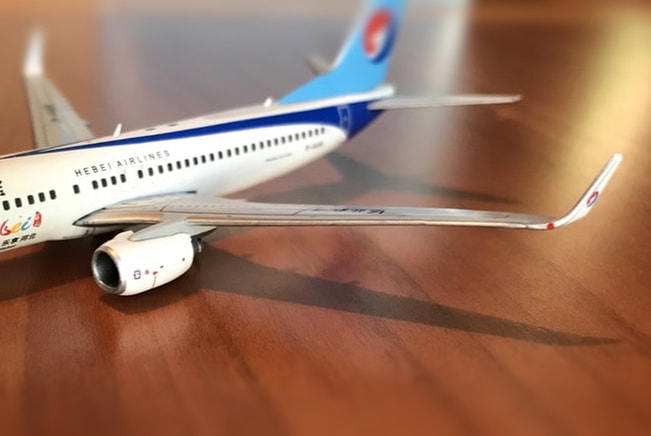 Conclusion:
There is still a lot more that could be discussed, this livery really is a treasure trove if you've got the time (I didn't even get to the interesting lines around the top of the plane. I really like this model. I'm not crazy about the plastic pieces, but I love the way they fit together and create a sharper looking airplane. JC has done enough here to keep me interested. Now if only they could become more reliable when it came to releases! Glad to have this one in the collection. 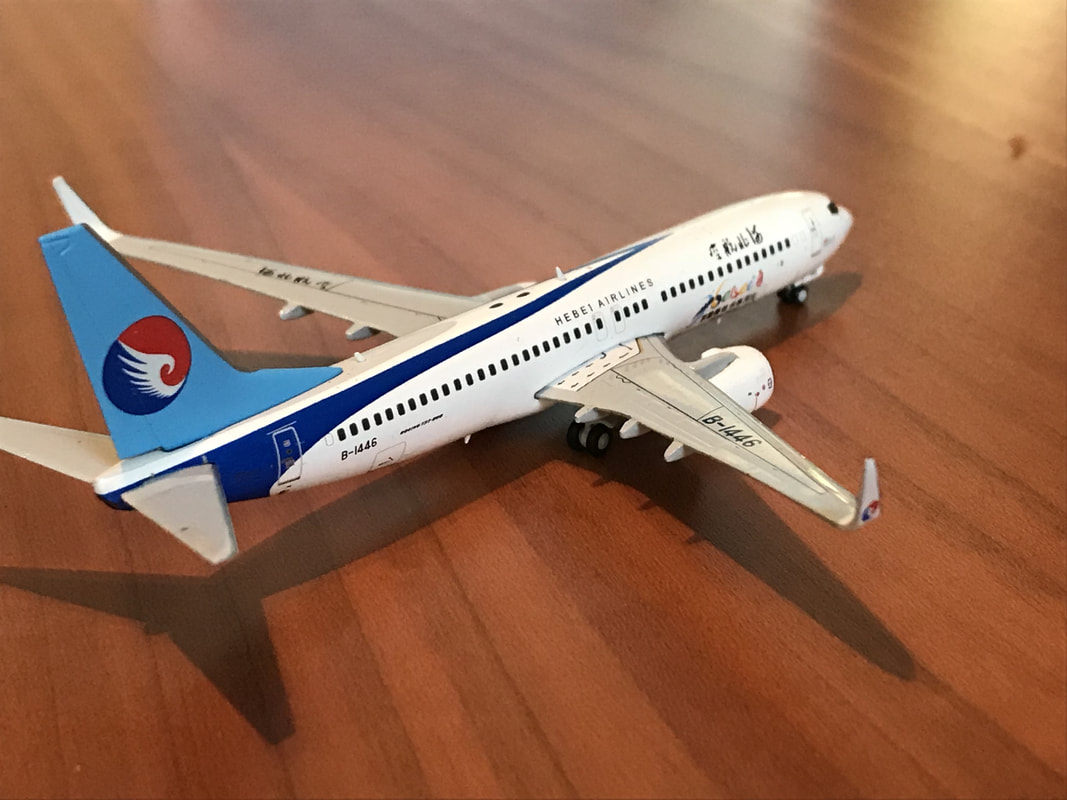