DIECAST CURIO
First Impressions:
​Back in 2010, it seemed, just as this model was showing up in the mail, the rumors began to circulate about the soon to come demise of both Click and its parent company. As a collector and a non Mexican national, I learned quickly that Mexicana had a huge following because there was a lot of spirited denial about its eventual end. In fact many people who supported Mexicana became scornful towards those that spoke truth about the economic problems the airline was having. This is what I first think of every time is see this model airplane. With that in mind, I must state this is a review and a historical look at this particular airplane and not Mexicana as a whole. So please do not be offended if you're one of those proud but sorrowful Mexicana diehards.

I think the tragedy of this model is that the livery was so fantastic yet, so short lived. Even by today's standards, this is a very colorful, flavorful, and modern looking airliner. The real 1/1 of this aircraft has known three different airlines since its birth and first flight in May 2004. It first flew for Midwest Airlines as N918ME and did so until 2009, just a year before Midwest shut down. It was then leased to a scrambling Mexicana by Boeing Capital a leasing subsidiary of parent company Boeing. Line Number 55180 stayed with Mexicana as XA-CLB until it ceased operations in August of 2010. It sat quietly for a few years until finally being picked up by Cobham Aviation of Australia. It now flies for Cobham under the Qantas banner as VH-YQU. Cobham is much like what Comair was to Delta. 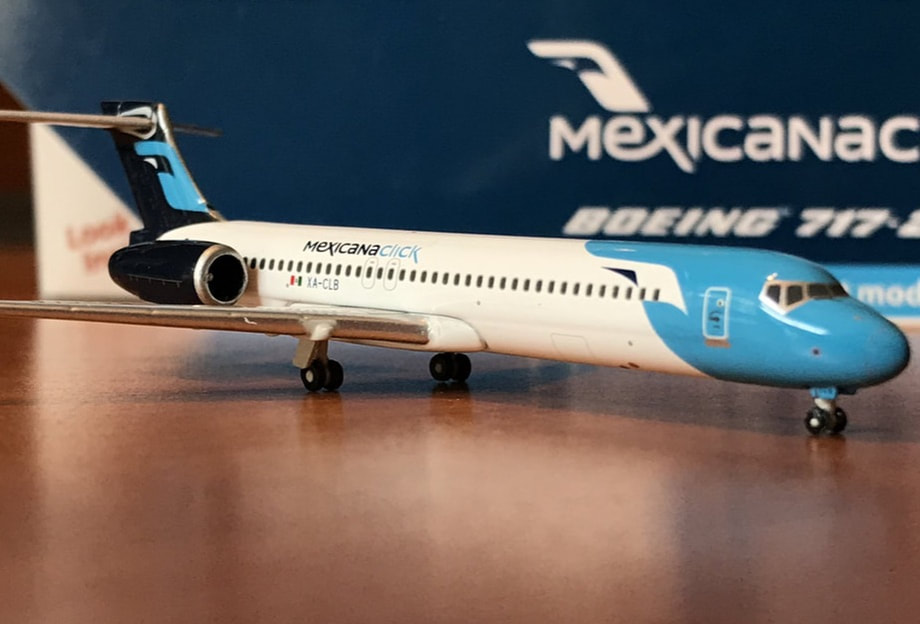 Construction:
​Has anyone noticed that there's a new 717 mould on the market? When I started looking this 717-200 over and comparing it to some of the new offerings I've seen on  the web, it looks like Gemini finally has a replacement. In the past few months Gemini has released a few 717s. Namely, the new Hawaiian livery and an updated Delta version of this aircraft. Both utilize the ever more ubiquitous wing insertion platform to the diapering cradle version. I'm looking forward to getting one soon.

This Mexicana Click 717 however does use the cradle version but does so with perfection. It's not the prettiest looker, but, like many models from this time period, it is well built. The gear wheels are firmly installed and the gears and struts are well painted. There is a stray bit of paint on the front right wheel of the main gear. The gear doors are nice and straight and the model sits evenly on a level surface. 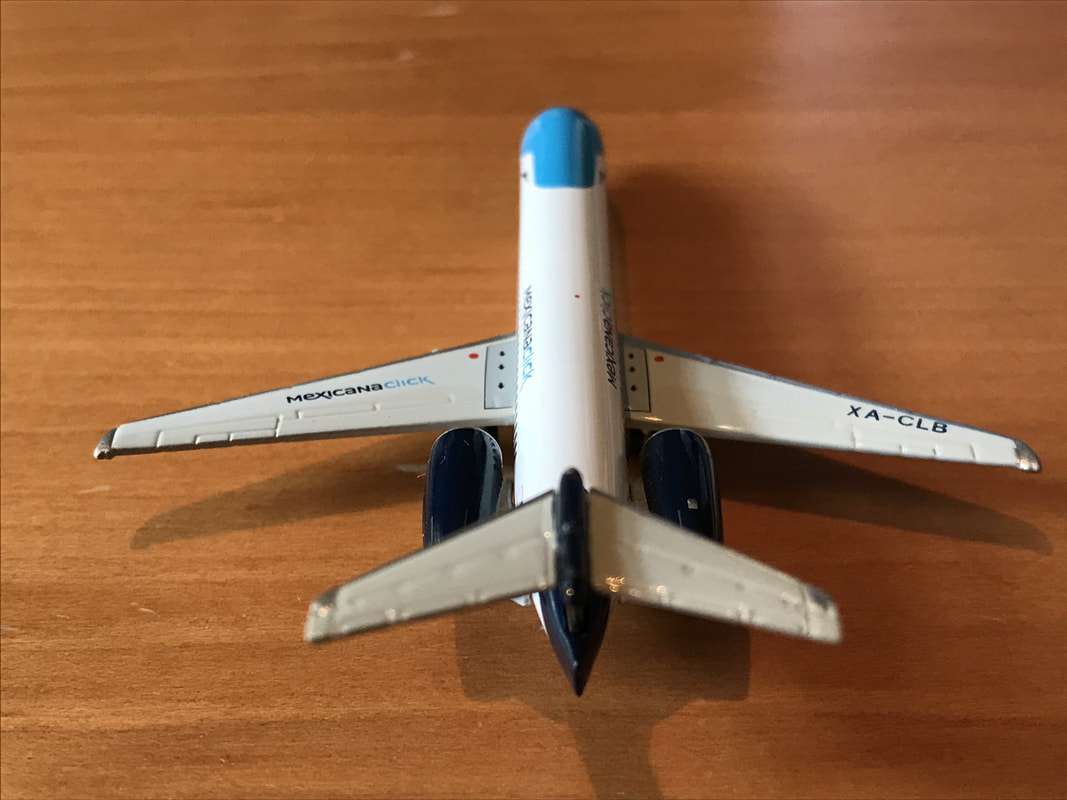 Conclusion:
I truly lament that this aircraft and Mexicana as a whole was not able to continue to add to its rich heritage. This aircraft does however illustrate that Mexicana never was short on great ideas and was a proud and individual airline. The overall product is very nice and clean and should you be considering this model, you won't be upset when you take this model out of the cradle. On one final note, I like to think there are always things to accomplish in the 1/400 line. A suggestion to manufacturers would be this aircraft in her "Oneworld" colors. One can always dream and hope! 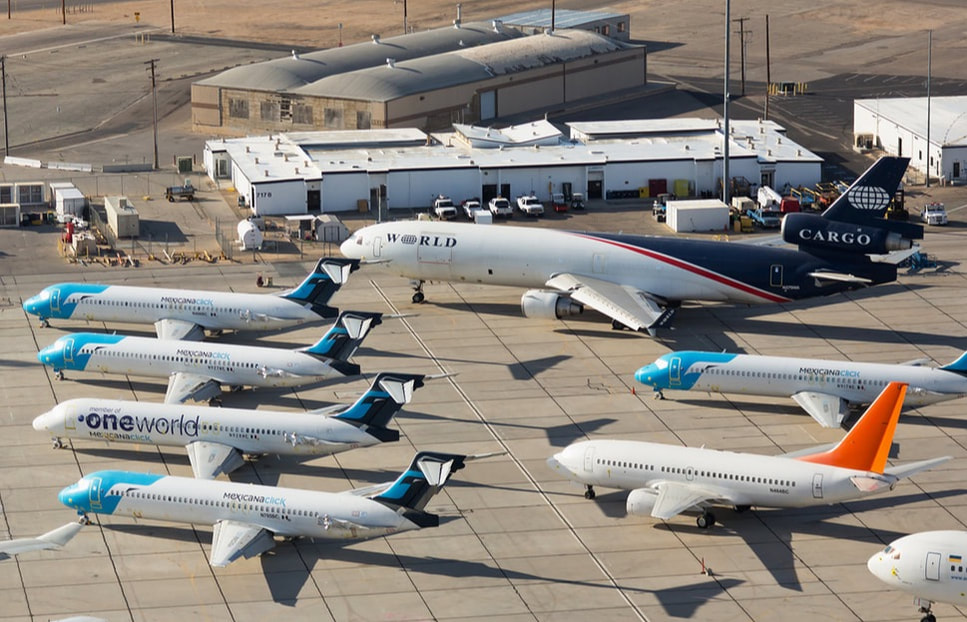 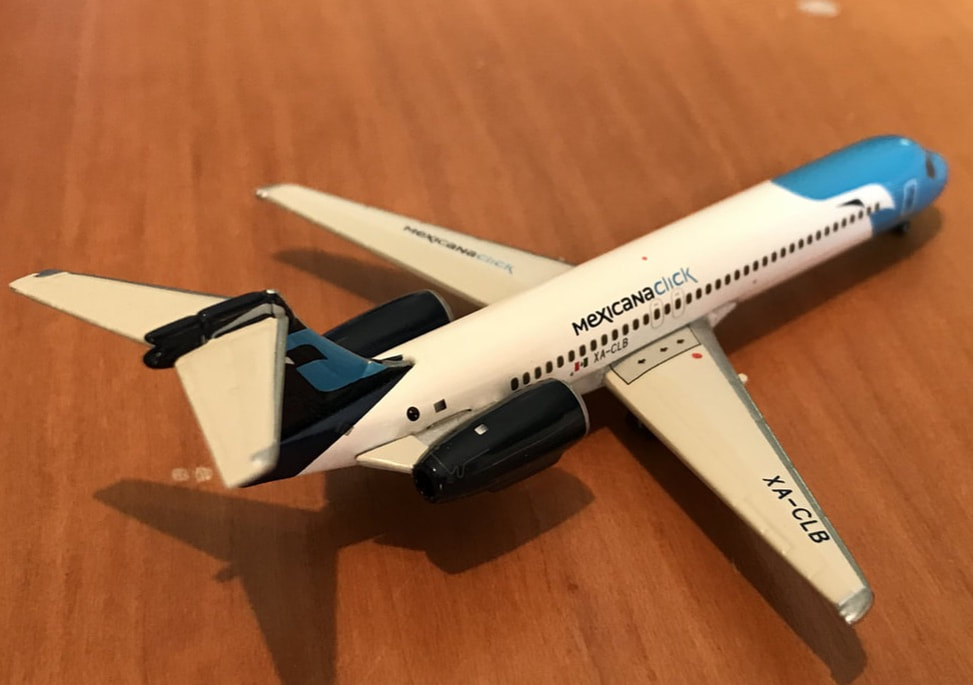