DIECAST CURIO
First Impressions:
It has taken me almost 8 years of 1/400 scale collecting to finally realize an interest in Chinese aviation. As someone who easily has a collection consisting of a majority of U.S. legacy carriers, one will eventually seek to expand interests.

There are only 4 aircraft in the 1/400 scale that wear this specific livery. All A320s, one of which also sports the famed A320 sharklets. Both Phoenix and Aeroclassics can claim two of these planes.  This aircraft in particular (B-6349) has spent the majority of its 15 year lifespan with Spring Airlines which was founded in 2004.

At first glance, the three headed "S" if you will is the most interesting part of the livery. The vibrant forrest green enhanced by the yellow green of the logo gives the livery an uncharacteristically colorful feel which also suggests that this airline seeks to break the norm. They do indeed do things differently. Spring really only sells tickets from it's website and is a first LLC to seek international flights out of the republic. 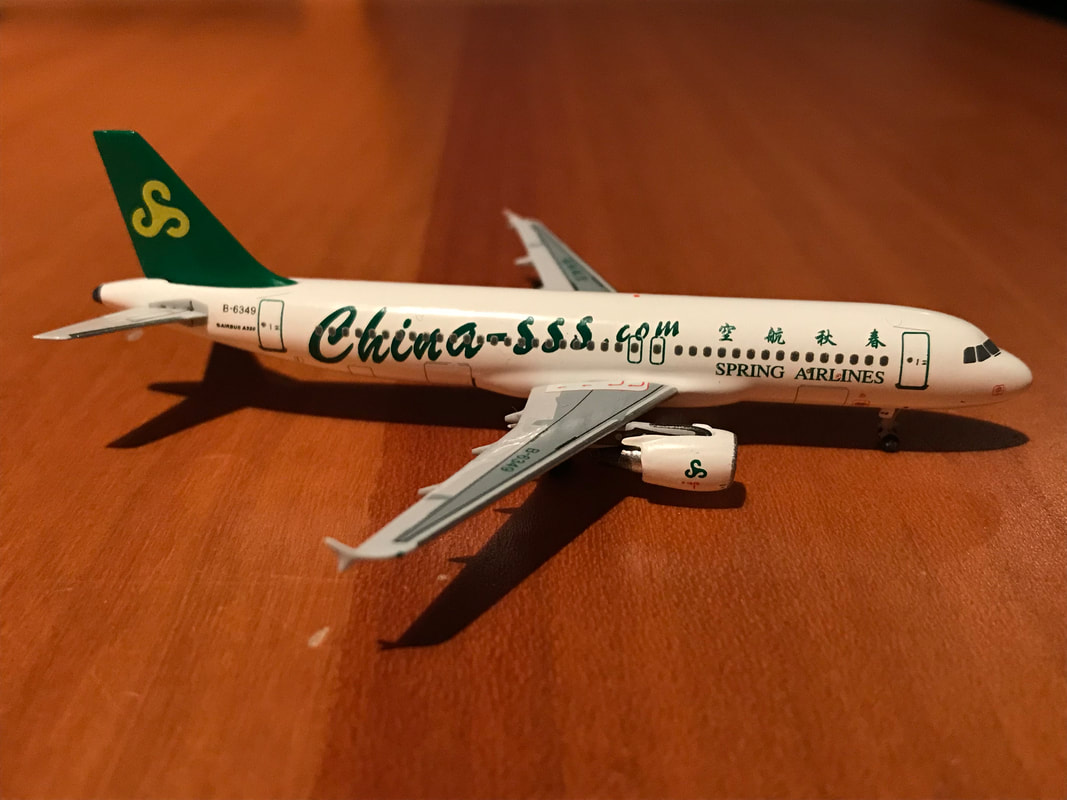 Construction:
I can happily add this model to the column of well constructed and glued Aeroclassics models. Out of the container everything is there. One area I've been frustrated with lately has been the wing joints and many models have been coming out of the box without the wings neatly set into place. Fortunately, this one was done right. 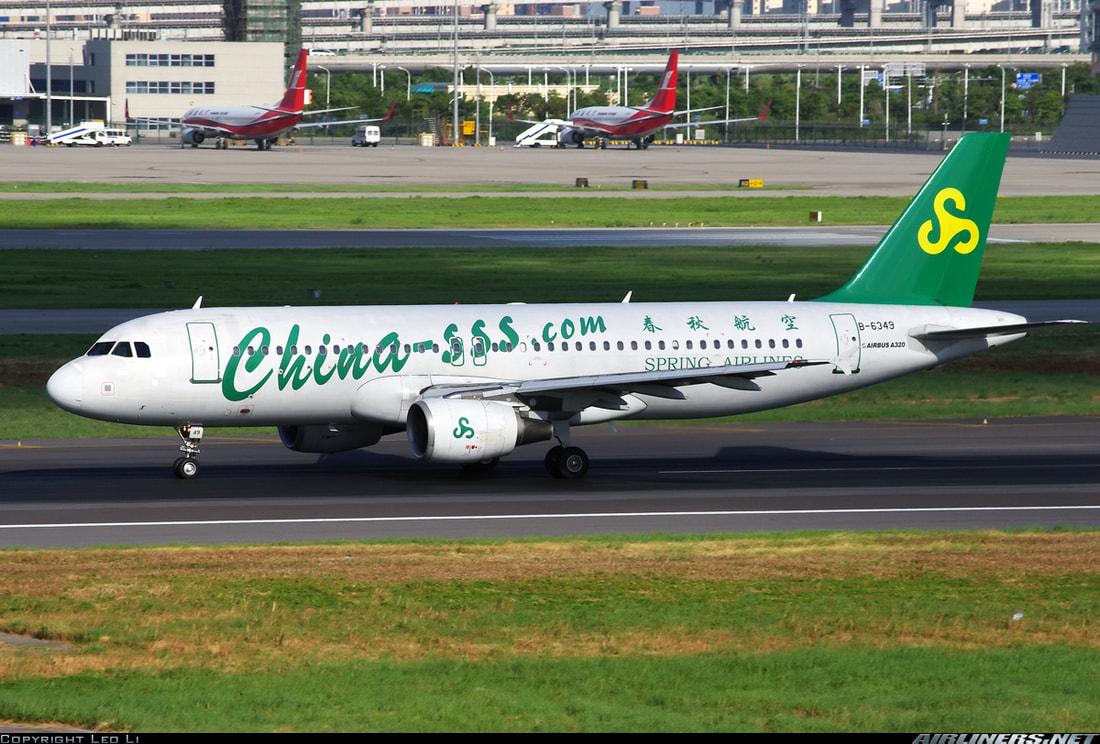 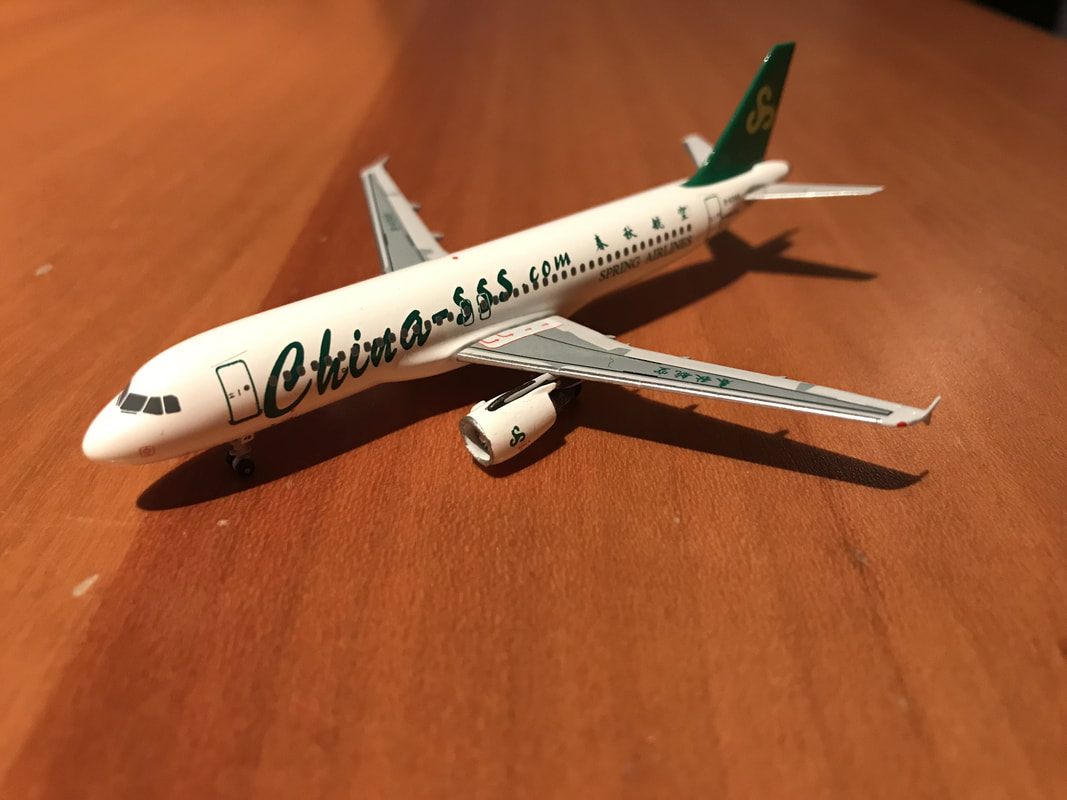 Accuracy:
The model is great. Aeroclassics possesses a well tuned machine when it comes to the A320. It has what I think is overall the best most properly proportioned body of all available A320s on the 1/400 market. Wings, cowlings, pylons, engines, stabilizers, and tail are all good. As mentioned before, the gear on these just seems a bit small. The left engine points downward more than it should, a flaw of the malleable pylons. The model part for part is very good.
Conclusion:
Spring Airlines will continue to do interesting things in the evolving Chinese market. Having this splash of green to go with the blues, whites, and grays adds nice variety to go with the Chinese legacy carriers. This model does exactly what I assume Mr. Kline wants, it leaves me wanting more. 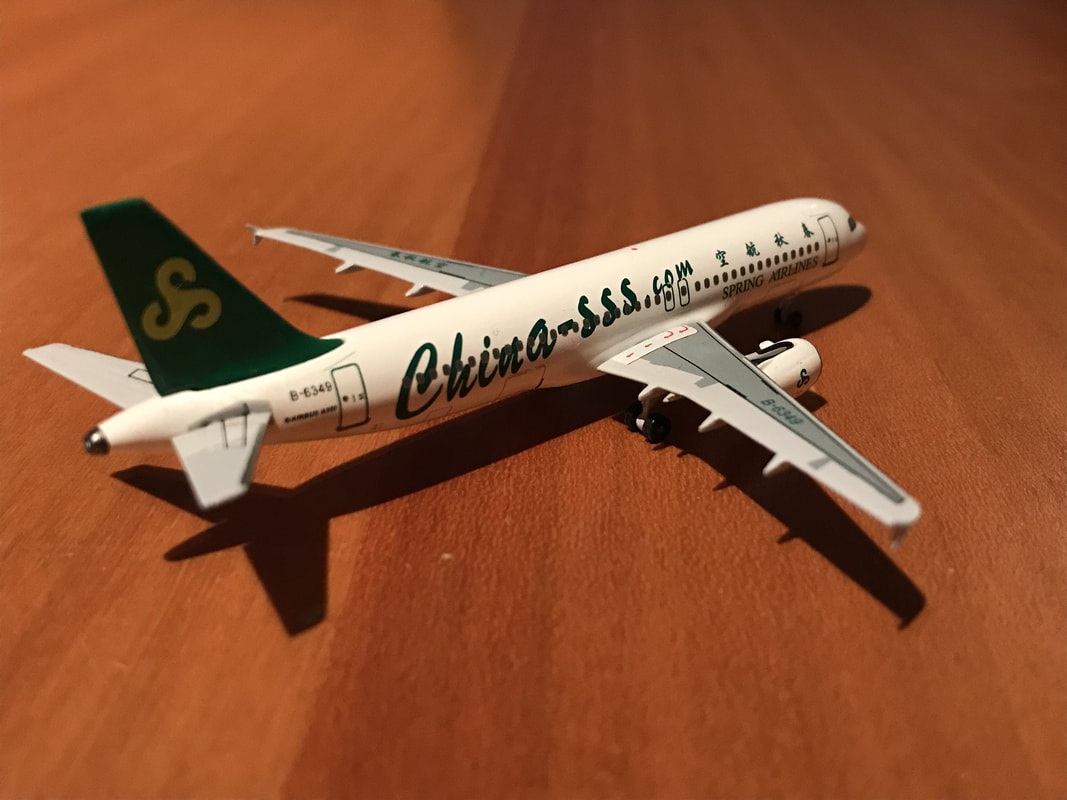