DIECAST CURIO
First Impressions:
Gemini Jets have built a total of 23 different 767-200s since it began business before the year 2000. This mould was first used around 2004 and was frequently used in 2005, 2006, and 2008 with some notable frequency. It was put away for a few years and then in 2013 it was used about 3 times after Gemini re-tooled the mould with rolling gears. The most recent two releases were in 2013 when Gemini created GJUAL1137, an up-to-date 767-200 for United and then AM4AMX002 an Aeromexico 767-200 in a very attractive Skyteam livery. This subject in particular was made in 2006 and it wasn't until about 2011 that I was able to find it.

Quite sadly, there are many models in my collection waiting for review before this one. One day on a forum however, I read that this was one model that is gaining a reputation for disintegration. After reading about this tendency I immediately went to investigate and indeed, my worries were realized. When I started this project it was meant to organize, share, and enjoy my collections. In this case however, it's turned into a project thats purpose is to document and research a model that is now clearly on borrowed time. So, I present to you Gemini's "poisoned" 2006 effort at a U.S Airway's 767-200.
Construction:
Like a racecar that crashes hard into the wall on the first lap of a race, this plane never gets off the ground because as aforementioned, it is dying a slow death. I've had this model safely in a temperature controlled environment for 7 years. When I first bought the model it was in pristine condition and well built, but since then the paint has started to crack and bubble.
Accuracy:
I'm really not interested in wasting this entire review focused on the deteriorating condition of my model, so lets take a closer look. This is the only 767-200 that I own. As a result I really don't have a lot to compare this model to. I do however love it.

​It really should be difficult to mess up a 767. In my opinion it's about as typical looking of an airplane as anyone could imagine. Besides the frustration I feel towards Gemini for allowing a product to be sold to consumers that is defective, and the age of the model, I really like this airplane. There is something about all of its stubby features that gives it individuality and character. It's sort of goofy but lovable as well.
Paint and Printing:
Before the metal began to fail on this 767, the quality of the visual design was very good. The base coat applicant is proper and all other details were nicely printed on. 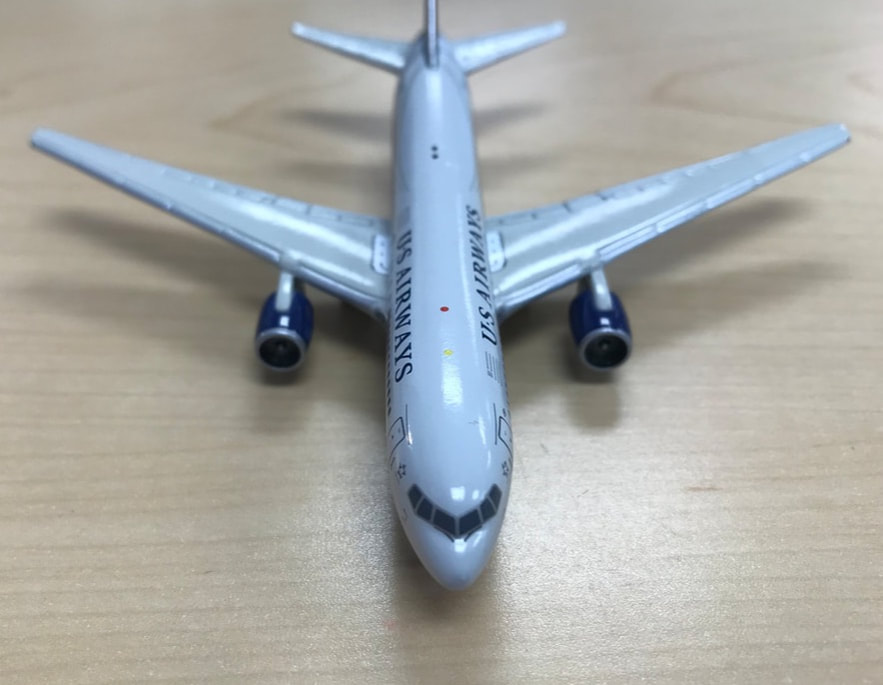 I've always enjoyed this final look for U.S Airlines. I especially enjoy the subtle gray stripes that extend from the base of the tail outward towards the front of the aircraft. These are neatly designed and applied.

The titles are the proper font. Maybe a little too thick (smushed) in how they were printed on, as are the door frames. The cockpit window probably doesn't extend back far enough but is almost perfectly centered and level. The red pinstripe along the lower half of the fuselage is also very nicely printed and ALMOST perfectly centered where it comes together on the tail. Sadly, the printing quality matters little when the structural integrity of the piece is in demise. 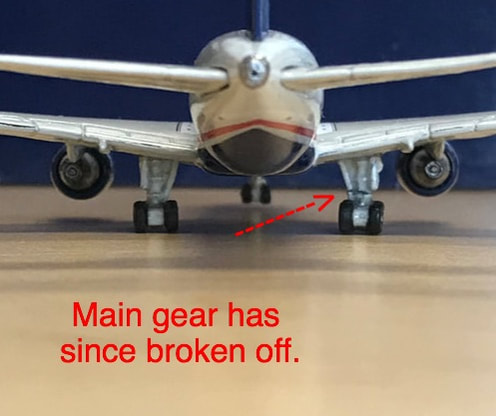 Ironic Twist:
Upon further research, I found that the 1:1 version of this aircraft struggled to keep its paint in real life. After the U.S.Air rebrand into U.S Airlines, 26843 was given a very quick and shoddy paint job which quickly wore away and gave the plane a reputation for its sloppy appearance.
Conclusion:
At some point, I'll be showcasing my fleets on this website. My U.S Airways is one of my most complete groups but I will soon be down by one. Until I can get the whole group together for a team display, I'll be focused on documenting the slow death of GJUSA660. Maybe Gemini will reach out after this is published and offer to replace my defective product? Not likely. I do hope to see them use this mould again however and would probably pay the money to get an updated version of this unique and now classic 767. 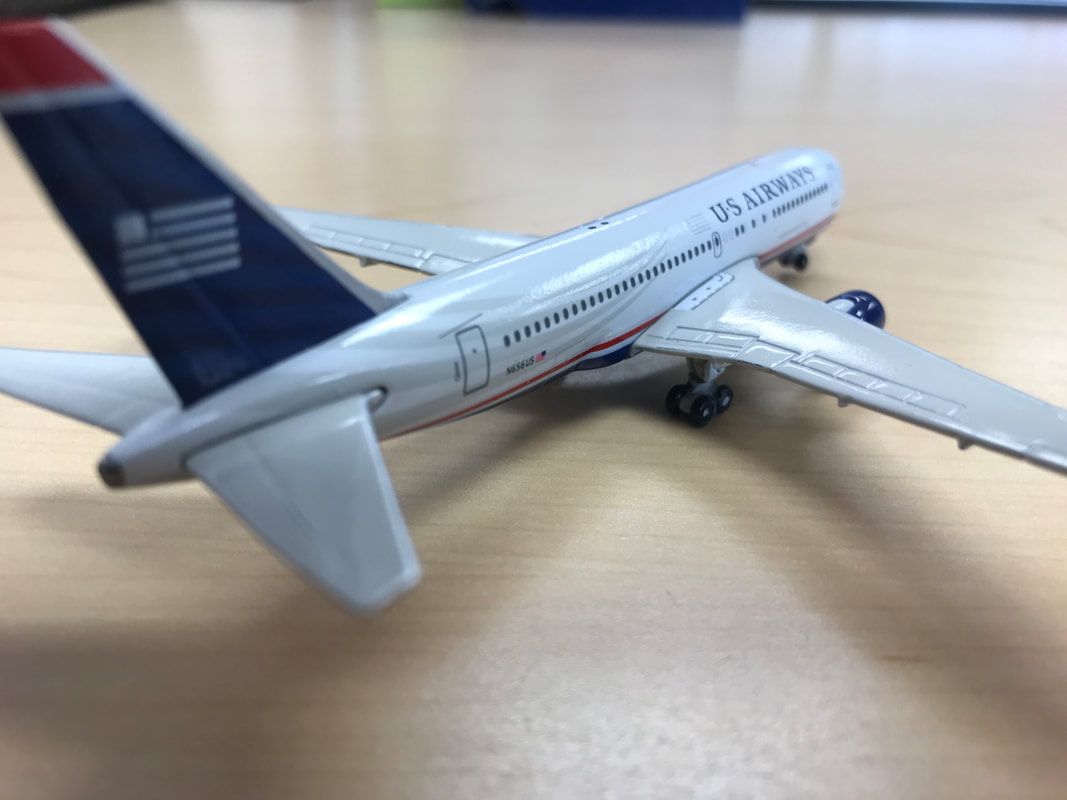